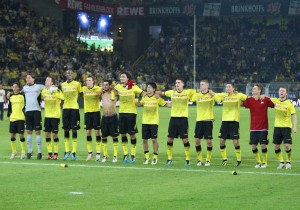 Besides blue-white scum, there are not many clubs in Germany that you really have to hate. However, there are still clubs like Wolfsburg who are hated because they would not be anywhere near Bundesliga without some investor standing behind them. The best – or should I better say worst? – example of a club which simply is no club at all but some sort of retort squad is our next opponent, TSG 1899 Hoffenheim. The use of the founding year of the club should transmit some sort of tradition. However, there simply is none since the club was never important at all – until a rich investor had nothing to do in his spare time and decided to support a club which then needed only 18 years to make it to German Bundesliga.

Dietmar Hopp always says that his involvement in the club is something which comes from the heart since he played for Hoffenheim in his youth. However, nearly everyone in Germany knows that this is just an excuse and other words for "I have time, I have money, I want to become a legend in a little town which has around 3.000 inhabitants and which nobody cared about before I got here." Now, he has his own stadium and is known over in Germany. He doesn't care about all the hatred coming from football fans all over the Bundesliga even though he often feels attacked by open criticism (supporters of Borussia once presented a banner which showed Hopp with crosslines on his head, Hopp then complained and basically whined about the fact that nobody likes him – is that really a surprise?). However, let's get away from all the hatred I feel about that man and let's get to speak about the match in Hoffenheim. Sadly, the ground in the Rhein-Neckar-Arena is a worse ground for Borussia than it should be. 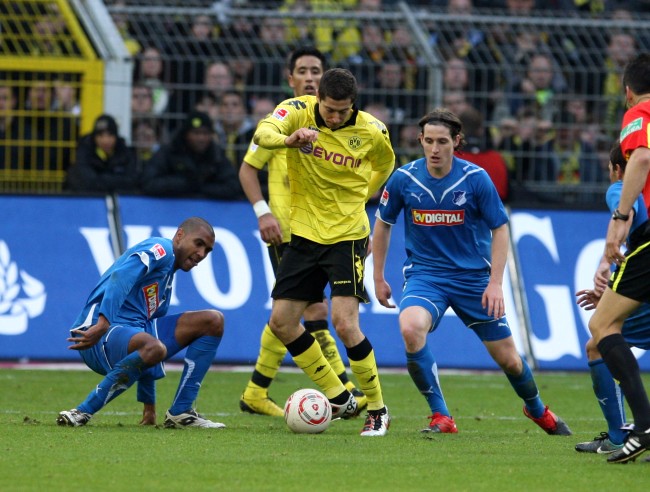 After having beaten Hoffenheim during the German cup run to Berlin in 2008 with 3-1, Borussia and TSG have crossed ways for six times in Bundesliga competition. At home, Borussia could not beat the blue-whites who however where not able to beat us as well. Three ties in Westfalenstadion (don't forget about the free kick taken by Antonio da Silva last season) are facing 2 defeats and one victory when playing in Hoffenheim. The only victory is two years away now, Kuba and Sahin scored at the 1-2 in 2009. The last match in Hoffenheim got lost 1-0 with Ibisevic scoring the only goal of that day. Borussia therefore should be warned since the Deutscher Meister did not look very good against the team of Hopp over the last few years. Hoffenheim was the only club which did not get beaten by Borussia over the last championship season.

However, some changes were made in Sinsheim (where the club actually has its ground) this year. With Ralf Rangnick going to some unimportant club in the Ruhr area, Holger Stanislawski left St. Pauli to step in for him. Of course, some transfers were taken once again with Sven Schipplock coming from Stuttgart, Fabian Johnson leaving Wolfsburg (changing from one pathetic club to another) and some others which I do not want to enumerate right now. It should be said that the team of Hoffenheim has some quality especially in the offense and the club should be expected to find a place in the upper midfield even though they lost to Hanover on day one. 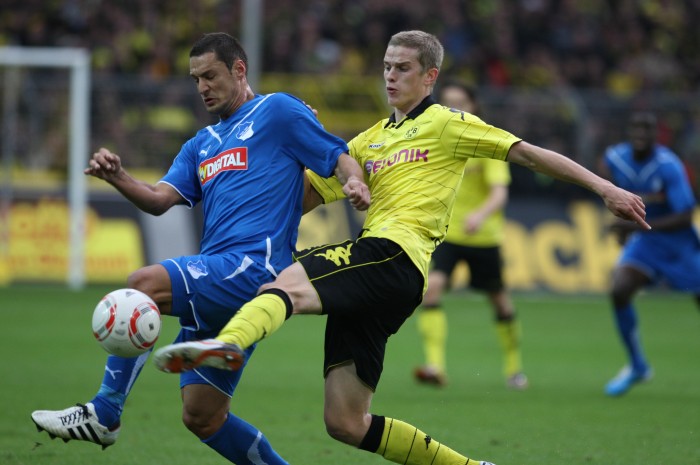 Jürgen Klopp eventually found some clear words concerning the fans traveling to Hoffenheim on Saturday and formulated a clear appeal: "The chants for our team are less than the ones in other matches. One is too engaged in dealing with the other story. For us, it is about three points and not about explaining tradition and less tradition. It would be great if we all could just focus on the game." Doing so, let's talk about the personal issues Kloppo has to face. Marcel Schmelzer is back in training but not at 100% yet so Chris Löwe will probably step in for him again. Neven Subotic is still out just like Lucas Barrios and Patrick Owomoyela so it is likely that no changes will be made to the starting line-up in comparison to last week. A little question mark is set behind Shinji Kagawa who travelled around the whole world to score twice for Japan on Wednesday. Ivan Perisic could be a replacement, but I would count on Kagawa being ready to play since he has enough to catch up for his injury last year. On the other side, Hoppenheim (pun intended) is missing Gulde, Ibertsberger, Jaissle, Sigurdsson, Vukcevic, Ibisevic and Weis. 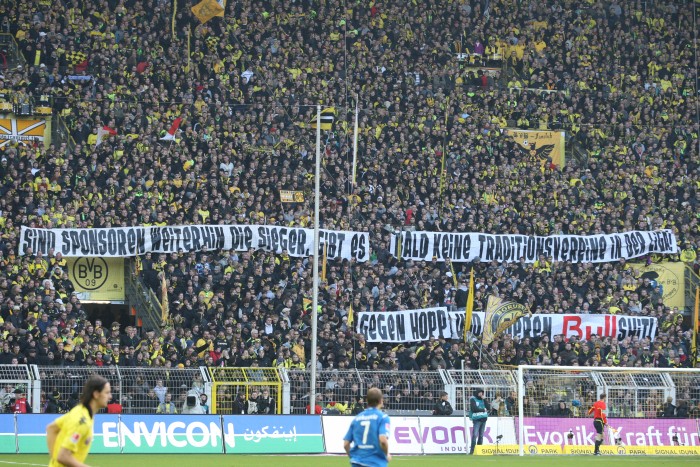 After the media went nuts on Borussia and on the performance of Mario Götze in the national squad against Brazil over the last week, expectations about underlining the impressions of last Friday are high. We were praised into heaven over the last seven days and were seen as the upcoming championship winner just 33 days before the end of the season. I do not want to stop euphoria about Borussia and I don't see any reason why. We will see how the media will react to the outcome of the match in Hoffenheim which is nothing more than a match for three points – and probably about something more since this hated club deserves every victory they get. So go on, young guys. Go on to show that all of you are still hungry. Hungry enough to win in Hoffenheim, hungry enough to gain another victory. Go on, young guys. Go on!

Referee: Deniz Aytekin
Attendance: Rhein-Neckar-Arena is sold out with 30.150 supporters, visitors and rich guys who have nothing to do with their spare time