This is it, folks! 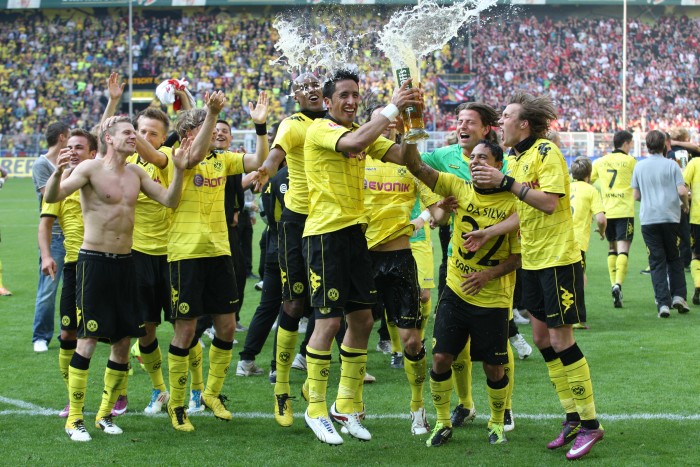 The big day. The day we have all been waiting for. The day we finally get the well deserved "Schale". Of course, the big day has already been when we had defeated Nürnberg and Cologne had done their share against Leverkusen. The 14th of May, however, will be the moment, especially the players have been awaiting for so long. It is obviously not an everyday thing to win the most important trophy of German football at such a young age (as most of our players are very young) and most likely none of them had expected all this before the start of this season. Still, it came how it had to come, at least that is what everyone who has watched this team play throughout the season thinks. Looking back on this fantastic season, it is hard to believe all the things we have achieved. From last minute victories to total domination of the opposite team. Only rarely we let the other team dominate us. The first game against Leverkusen was definitely not how we had imagined the season to begin. We were disappointed but kept our faith. And we were rewarded. The derby victory against the blue ones would later only be one of the amazing moments. Of course, it was surely a moment we will keep in our hearts forever. It has been too long since we had last won in that terrible town called Gelsenkirchen. The victories against the star-ensemble from Munich, no one had expected those. The strong prelude against Neverkusen on the first game of the second half of the season, Dede coming into the game against Freiburg and many, many more. I assume you could write a whole book about all those fantastic moments. We have come a long way. We have waited for so long to finally feel the way we feel today. 09 years to be exact. Difficult year rest behind us, the future looks golden. 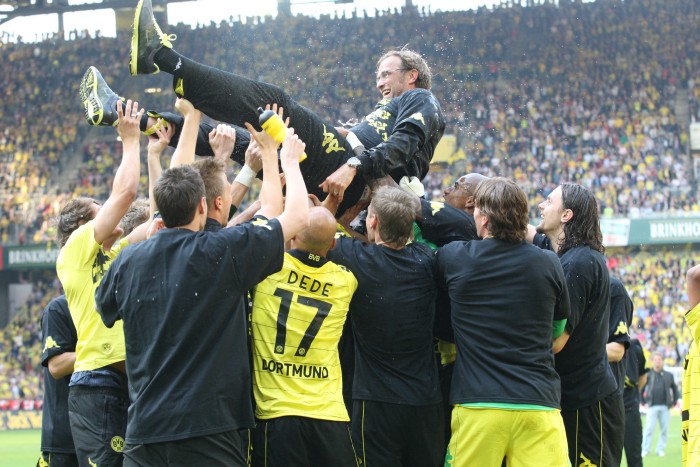 It's gonna be an emotional day tomorrow. After the downer we had to whitness a few weeks ago when Dortmund announced that our Dede would leave the team by the end of the season, we had to endure another one this week. Our "Dortmunder Jung" Nuri Sahin announced his departure as well. He is awaiting a new challenge of his career in Madrid joining Real. A lot has been said about this decision. I believe it was not an easy one for him to make, and moreover not an easy one for us fans to accept. You could hear a lot of angry, sad and disappointed comments from fans and it surely hurts to see him leave. But his decision has been made. The only thing left for us to do is offering him a good-bye he will never forget. A large bit of the success we had had this season is due to the fantastic performance of our number 8. He deserves a warm farewell. Who knows how things will go in the future. Another emotional good-bye will be the one of our beloved number 17. Actually there have been many emotional Dede moments already within the past few weeks. But the final good-bye will be the hardest. Too many good memories lie in his number 17. I guess we can expect many tears - from all sides.
On the contrary, there are not only moments to dread. There are also moments to look forward to. First of all, our Shinji Kagawa will be back in the team. He will not play straight away, but he will be there. Then, the reception of the "Meisterschale". When our very own president Dr. Rauball gives our team the trophy, the stadium will probably explode. A wonderful thing to look forward to. 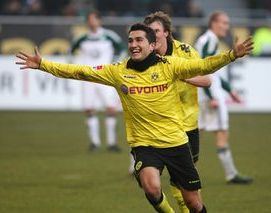 There has been a lot of talking going on this week. A lot of this concerned the team we will have to play against on Saturday. Eintracht Frankfurt. While all of us know what is expecting us after the game, the team from Frankfurt and their fans are still hanging loose. Frankfurt is currently holding the chartposition number 17. Whilst this is a lucky number for us, it is Frankfurts aim to just get away from it. The relegation into the second Bundesliga would be a terrible fate for that team, so we can expect a hard fighting team on Saturday. This will not be an easy game. And even though a defeat wouldn't change anything for us, there are still two other teams fighting against the descent: Wolfsburg and Gladbach. We will take this game seriously, I am very sure. Another low point of this week was probably the behaviour of Frankfurt's fans last Saturday. After a defeat from their team against Cologne, they tore down the bars from the stands and stormed on the field. They were hitting everything that came close to them with iron bars, from policemen to their own fans, even a 600.000 Euro expensive camera was destroyed by a Frankfurt fan. Sad moments for the team. Due to this, the security people and the police will be on high alert this Saturday. Let's hope that everything stays peaceful whatever the outcome may be.

On the press conference today, it was announced that a pitch invasion will be forbidden. For whatever security reasons. Let's see how that one turns out.

With all this in mind, I am sure this will be a fantastic day. An emotional day, a day, that perfectly matches the whole season. It was an emotional one. I am happy we finally reached our destination (for now). Let's all enjoy the last of the overwhelming 34 games. Let's celebrate our Borussia in our Westfalenstadion, let's show them how incredibly proud we are of all of them.

Thank you dear Borussia for making this season as wonderful as it was, we will never forget the young guns that made the impossible possible!