Do not stop believing 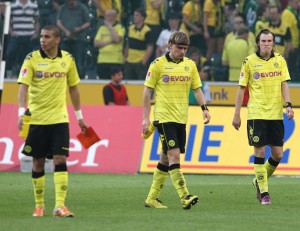 Week after week the media celebrate the rise and fall of Borussia Dortmund. After the glorious win over Freiburg Borussia seemed as the definite winner of the championship. Unsurprisingly, the printing press headlined a possible phase of weakness after the unfortunate loss against the ponies from Gladbach. But in these hours of medial disleading, there is one popular melody that stabilizes the believe in the upcoming 7th German championship: "Don't stop believing" by the legendary band "Journey". One must not be convinced of the quality of this song, but his main essence is what we should all keep in our minds. We have come so far and the performances of our beloved team were just magnificent over the whole season so that there is no doubt that they will reward themselves. We are still clear ahead with five points and only nine points can be gained till the end of the season. As we missed the chance to become champion in Gladbach, where 25,000 supporters of Borussia pushed the team forward, we still got the chance tomorrow.
Cologne awaits Leverkusen in the Rhine derby and Black and Yellow will face Nuremberg. The task will be tough, since Nuremberg is still fighting for the qualification for the Europa League and will not give away any points without a hard fight.

But now a look on the current situation and possible injury concerns. According to team doctor Markus Braun, coach Jürgen Klopp has to be worried about the situation of striker Barrios and born fighter Großkreutz 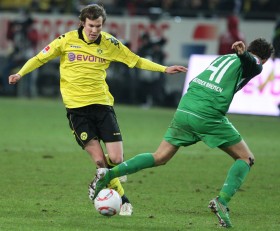 . While Barrios has problems with his upper leg, Großkreutz has some knee problems that did not allow both of them to contribute during Thursdays training session. Should the worst case scenario become true, Großkreutz und Barrios would consort with the other missing regulars Kehl, Owomoyela, Kagawa and Sahin.

As I already mentioned the medial confusion Jürgen Klopp said during the media conference on Thursday: "Just one week ago I had to react against early congratulations. Now I have to calm people: People we are still in front!" In these days the coverage really unveils the tactic of the media to increase the sales figures. It is a matter of sink or swim. Furthermore Klopp stated: "I was nervous before my A level because I was really bad prepared. Today I am tensed up." He added: "My greatest skill is not to forget were we come from. If someone had told me that we would lead the Bundesliga with only three matches left and an five points advantage, I would have called him crazy." And as if this was not enough, Klopp criticized the coverage on routinier Da Silva: "Da Silva cannot replace Sahin – this headline would really embarrass me."

Nevertheless we still got the chance to become champion this weekend. The team and the supporters have to be a unity again and nothing can go wrong. If we will win our last two remaining home matches, we will be victorius. 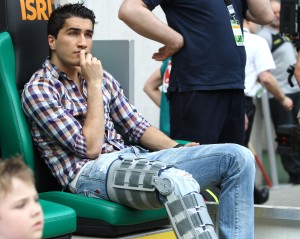