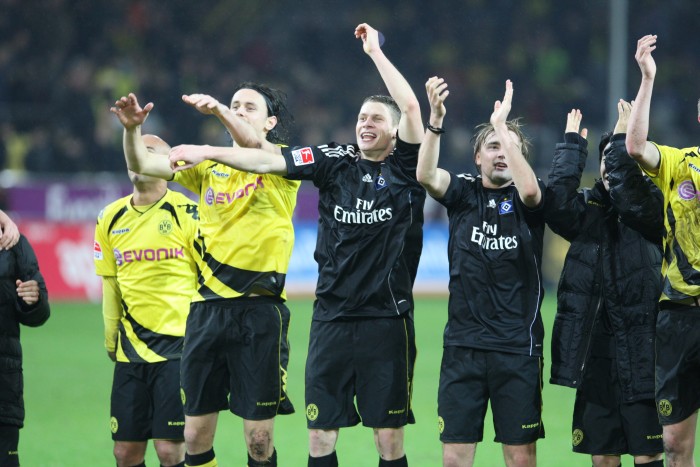 In times of globalisation, where you can find a McDonalds or Burger King nearly everywhere, it is good to have some good-old fashioned burger. On their way to the next away match directed to the great championship gold, our beloved Borussia will hopefully find time to get a taste of the delicious Hamburger which is made in the north of Germany. However, it is a surprise Hamburger since one can not really say what can be expected at dining time, Saturday afternoon, 3.30 pm. But we will take a closer look at this special meal to increase your appetite.

To get a meal for 3 points, you need to have at least 22 players out of the Bundesliga. 11 of them are hard to get since they are too fast to be caught and stopped. Even though they are just ingredients, they often dominate the cook which leads to the landlady often being disappointed after they went away from their home. 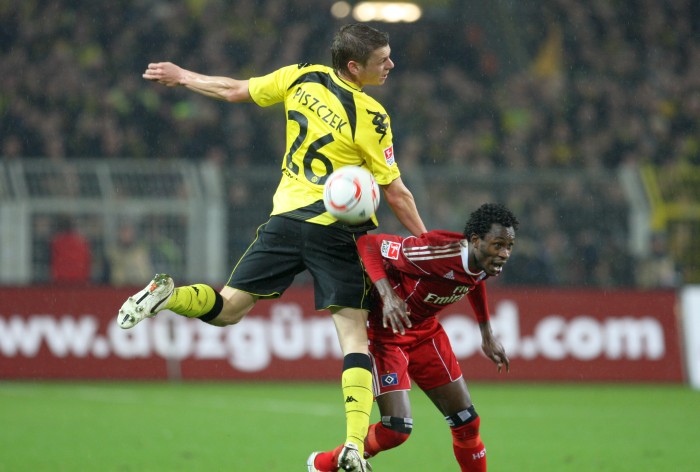 In this special case, you don’t miss only one ingredient since all players of Borussia are ready, expect of the usual ones like Sushi ingredient Kagawa or German Bratwursts Kehl and Kringe. In contrast to those fresh and young ingredients, you need 11 other players, even though you can ask about the best before date of some of them like cheesy van Nistelrooy (but a good burger needs some good dutch cheese on it) or Brasilian import Ze Roberto. Some of them turned old and are hard to enjoy like Mladen Petric who left the fresh ingredients some years ago in exchange for Egyptian coffee Mo Zidan. Sounds like a pretty unusual meal? Well, perhaps you could be right, but that’s definitely because of the old ingredients who need to be added because otherwise, the young and fresh one’s would not be able to show their superiority. 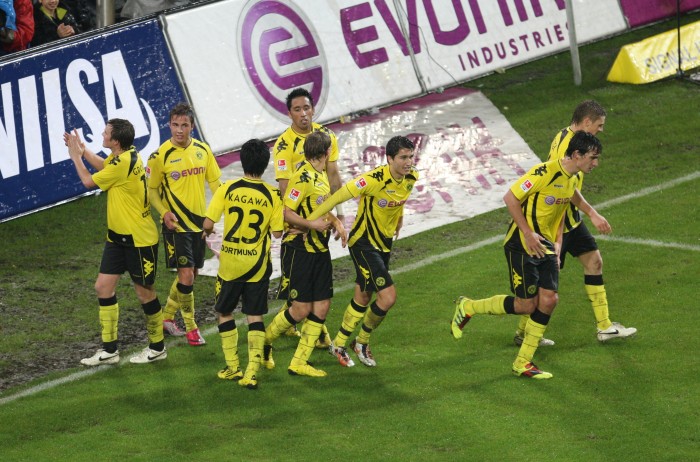 Two young cooks are responsible for our meal at Saturday: One is the world’s famous star cook Jürgen Klopp, the other one is a young cook named Michael Oenning who did not cook many meals over the last period of time. The experience factor will definitely be on the side of Klopp. However, Oenning is always able to surprise someone with his meals. After being praised in highest tones after a duell with a cook of Cologne, he was not able to convince Hoppenheim to give him three points for his performance last week. However, Klopp should be warned since some of the ingredients Oenning uses may be old, but not too old to eat and always able to show why they are known in Europe and willing to be back on the Europeans plates next year. The ingredients of Oenning’s choice are also pretty aggressive so you have to fear a little heartburn in case of a bad defense. However, fresh ingredients like Hummels, Subotic, Schmelzer and Piszczek are always able to take them out of control. On the other hand, a good friend of Klopp brings meat from Argentina/Paraguay which is hopefully able to hit the bottom of your stomach. 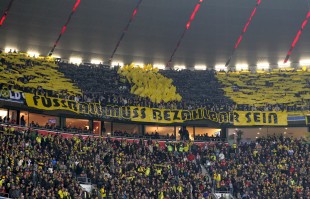 Before dinner, some supporters of Klopp and Oenning are said to meet in the city to revolt against increasing high prices to get access to the quality meals of the Bundesliga. This should lead to our Hamburger having enough salt and pepper to satisfy the - at times critical - customers of the two famous cooks. The meal on Saturday is one of the last six important meals of Jürgen Klopp for this season. At the end, he could be awarded the most prestigious price of the cooking association Bundesliga – a nice salad bowl and the right to prove himself in the kitchens of Europe next year again. In the front end of the cooking duel on Saturday, Klopp was said to think about improving his burger skills with ingredients from Turkey (named Gündogan) and Croatia (named Perisic). But Gündogan also stands on the shopping list of his colleague Oenning, the winning of the salad bowl could be a decisive step to get the second Turkish ingredient besides Sahin to Klopp. However, this should only be a fun fact at the side of the highly anticipated cooking duel of two young cooks who are said to cook for 90 minutes and have to find a winner which is not awarded by the customers but by the ingredients itself. At around 5.20 pm on Saturday, we will know more about the possibility of gaining the salad bowl. Three points for the Burger “Borussia way” will definitely help to get in that direction.