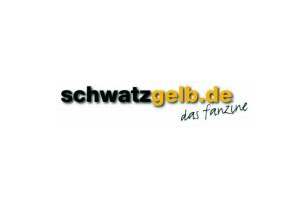 Only a few weeks ago the latest shooting star entered Facebook. Felix Magath, the under pressure Gelsenkirchen autocrat, started his account and within minutes had some 6.000 likes under his belly. As of today he storms towards the 140.000 likes sign and has already left traces on the network. He posted a couple of dead funny videos on how he suffers in the coaching zone, explained why Jurado after some 8 months in Germany still needs to adjust to Bundesliga rhythm and announced that he had been on radio.

Legends are made of this. And after Blue Scums loss against Gladbach over the weekend, a fantastic flame war started in the comment section mounting in calls for a) resignation or b) Albert Streit. And as we sit and wait for some more Felix news, we have a few seconds to walk around the BVB Facebook universe. The Borussia Dortmund universe has been there before and even if it is not as funny as the Felix page, it can be useful at times.

Here are links to the regular Club-Pages, official player pagers and a few fanclubs and fanpages you might want to follow

Borussia Dortmund
Likes: 221.380
Who writes what: After a slow start with mainly RSS-Feeds someone has taken over the account, posts a few pictures and communicates with the users.
Postings: Regularly
Language: German / sometimes English

Fanbeauftragte Dortmund
Likes: 3.459
Who writes what: The BVB fan officers post pictures from their fan-trips to holocaust memorials, supply fans with info on the away games, post youtube-videos etc. A worthwhile like
Postings: Regularly
Language: Only German so far

BVB Fanabteilung
Likes: 3.578
Who writes what: The BVB fan department also supplies fans with info on away trips, on tickets to coaches to away games, a few give aways etc..
Postings: Regularly
Language: Only German so far 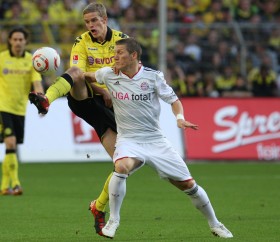 Nuri Sahin
Likes: 148.615
Who writes what: More likes than Felix Magath. Nuri is a star in the making. He posts some personal stuff about which matches he follows (of course: Arsenal vs Barcelona), congratulates his homie Sven Bender for scoring his first Bundesliga goal, posts videos etc.
Language: German / Turkish

Mats Hummels
Likes: 39.728
Who writes what: Mats certainly enjoys communicating with his fans. He comments on most of the matches and on some other stuff as well. Only yesterday he greeted his friends in Sevilla with “Adios FC Sevilla”
Language: German 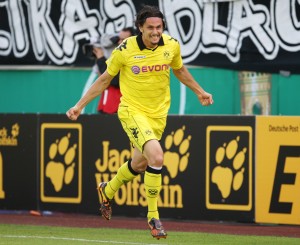 Neven Subotic
Likes: 2.745
Who writes what: It seems like his publicity agency is taking care of this impersonal page. We mainly read the results of the matches played, sometimes with a big JAAAAAAAAAAAA added. Nothing special, Neven. You can do better than that
Language: German or what is left of it

Roman Weidenfeller
Likes: 1.697
Who writes what: The goalie has just started his page and already got into a good fight with the yellow press. He comments on his injury, on his “fight” with Lucas Barrios and posts a few personal pictures. Good page.
Language: German

Sebastian Kehl
Likes: 2.546
Who writes what: We were able to follow our skipper’s comeback trail, seeing him during rehab training, on flights to Borussia Dortmund matches and now on his way back into the squad
Language: German

Lucas Barrios
Likes: 11.123
Who writes what: Le Pantera confused fans with transfer rumors posted on his page last year, these days he has a lot of give-aways and some news on him and the team
Language: Spanish, German

Mario Götze
Likes: 12.865
Who writes what: The real Mario Götze Official Celebrity Page Original is a joke and even worse than Neven’s page. News from BVB.de and a few “Wow. 10.000 fans” posts do not make a page interactive and useful
Language: German, sometimes English 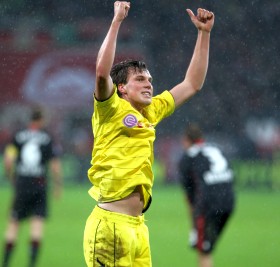 Kevin Großkreutz
Likes: 7.404
Who writes what: Not sure about this one. Might be a fake, might not be a fake. A few links to “Deutscher Meister” groups and articles on Kevin
Language: German

Daniel Ginczek
Likes: 1.341
Who writes what: Mainly links to news on the young striker. The last news dates from January 17th and says “Ginczek out for two months”
Language: German

Marcel Schmelzer
Likes: 1.254
Who writes what: Still a fresh page but our left back is getting there. Currently we read about the upcoming matches. Nothing special but a nice addition to pages like Mats and Nuri.
Language: German

Marco Stiepermann
Likes: 302
Who writes what: Stiepermann, already a board member at bvb-forum.de, picked up Facebook quite recently. He posts news on him and pictures of his adventures near (BVB II) and far (BVB).
Language: German

Murdo MacLeod
Likes: 3.804
Who writes what: The BVB and Celtic legend with news on his adventures. Golfing trips, meeting with Rod Steward, comments on Celtic and BVB.
Language: English

schwatzgelb.de
Likes: 5.515
Who writes what: Our German flagship with RSS-Feeds from all videos and articles published on schwatzgelb as well as good graphics by the one and only Guido. Everyone should like this
Language: German

schwatzgelb.com
Likes: 1.128
Who writes what: The international BVB community supplies you with the latest articles in English. Be it from schwatzgelb.com or Honigstein or reports from away fans. A must like for people abroad.
Language: English (or as one of our editors puts it: comment in English only)

Planet Dortmund – Official Facebook Group
Members: 73
Who writes what: The UK community only put this group up a few days ago after they had been let down by the internet which finished off their forum a few months ago. Discussions on BVB. A good read and good discussions.
Language: English

BVB Fanclub Ungarn
Members: 58
Who writes what: The Hungarian BVB fans with loads of pictures and reports from their trips. Mostly in Hungarian, sometimes in German
Language: Hungarian, German

BVB Supporters Norwegen
Members: 38
Who writes what: The Vikings discuss their trips to Dortmund and BVB news.
Language: Norwegian

Auslaufen
Likes: 349
Who writes what: The BVB podcast informs about their latest editions. This podcast is a must listen for every BVB fan. Interviews with BVB officials, BVB fans, TV pundits, writers etc. Of course, the podcast is in German, so be prepared to have your dictionary ready
Language: German

Bichvierlinge
Likes: 139
Who writes what: The boyband from Essen with RSS-Feed of their articles. Some heavy stuff with reports on their trips to away games and also to The Hoff gigs. It all usually ends in the famous Rullich pub in Essen. Some might call it disgusting
Language: German

Kein Zwanni
Likes: 3.592
Who writes what: Updates on the Kein Zwanni campaign. After a quiet few months the campaign currently gains velocity again as we are approaching the HSV away game
Language: German, sometimes English

Edinburgh Borussen
Likes: 95
Who writes what: The Scots announce their trips to Dortmund and arrange meeting up at the famous Brauhaus in Edinburgh.
Language: English

If you know about another page or fee like we have forgotten your fanclub please leave us a comment or drop us a mail.