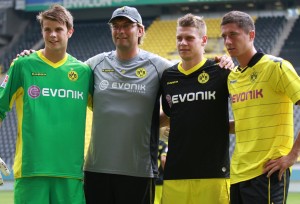 Last year in March, I took a closer look on the new members of the squad of 2009/2010 while the team was going to qualify for Europe. Nearly one year later, Borussia is on their way to win the championship which certainly is partly related to the new transfers manager Michael Zorc made before the beginning of this historic season. Like last time, I will reflect on six newbies in the squad of Borussia. Interestingly, the look into the future I took last year was an educated guess since Lewandowski came, Tinga left and we found some jokers ready to step in when they are needed. This time will be harder to foresee the changes of next summer, but I will try again at the end of this article.

Mitchell Langerak: The player you can hardly evaluate since he had no opportunity to step in for Weidenfeller so far. But since Roman is already booked four times this season, I am pretty sure that Mitch will make his debut between the posts of Borussia this season. And although he could not present himself so far, I am pretty sure that he is a well-talented goalkeeper having time on his side with only 22 years. He will be ready to step in for Roman if there is a need to do so, I'm sure. 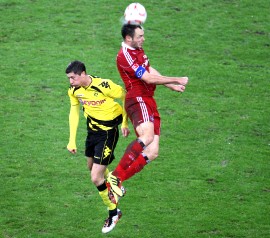 Robert Lewandowski: With nearly 5 Million Euros, Lewy was the most expensive transfer of this season. And even though he is the best joker of the Bundesliga (having scored four times coming from the bench so far), in my opinion, he has still to prove that he is worth the money. Unfortunately, Robert missed his penalty in the shoot-out in Offenbach and missed the biggest opportunity of the match in Paris which would probably have resulted in Borussia overcoming the group stage of the Europa League. However, he still needs some time to find his way since he was brought in late very often this season and had shown at several times that he is also capable of helping Borussia out of miseries. One of his strength definitely is that he is able to play nearly everywhere in the offense, be it on the right side, the central offensive midfield or being a forward – we will have a good time with Lewandowski over the next years and you also have to be aware of the fact that he is only 22 years old. And it is some kind of extravagance to leave a player like Lewy on the bench... and it is good to know that he will be there if Borussia is behind and in need of another forward. His biggest time is still to come. 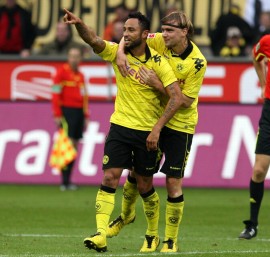 Antonio Da Silva: The last-minute acquisition of Toni Da Silva was often criticized. "Dortmund has so many young guns, why do they need a guy like Da Silva?" I would say that he is a good buy just because of his age – and therefore, his experience. Toni was brought in as a joker ten times this season in the Bundesliga and is a good replacement for someone missing in the defensive midfield like Manni Bender or skipper Kehl. His free kick in injury time at home against Hoppenheim on day 9 is unforgotten. Toni was a good transfer because there was no fee to be paid for it and he is just the player you need for some 20 minutes if the match is open and you need someone to bring tranquility into it. Another good joker you can rely on.

Lukas Piszczek: Some critics also smiled at the transfer of the third Polish player of BVB, Lukas Piszczek. But he turned out to be one of the most important ones of the season since Patrick Owomoyela missed most of the season due to several injuries and Borussia did not have a replacement for him before Lukas Piszczek. And Lukas stepped in for Owo in a very impressive way. Not only that his throw-ins can be seen as similar dangerous to the ones Owo is able to do, he is also a great defender on the right side with some strength in the offense as well. Lukas was a joker on days one to four of the season, taking his place in the first line up on day seven and doing a great job so far. I thought that Piszczek will be a good choice as a replacement or concurrence to Owo, but he exceeded my expectations and I am pretty sure that I am not the only one who was surprised by the big impact Lukas has left in Dortmund so far. 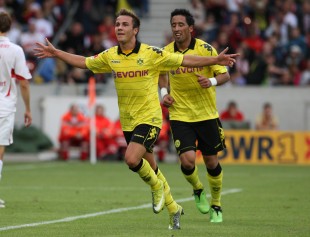 Mario Götze: Even though young gun Götze is no real newbie in the team of Borussia, it is his first season where he is a big part of the professional squad. And gosh, who would have expected that he will be THE best young player of the Bundesliga at this time? Being 18 years old, he in the meantime is an inherent part of the first line-up since day 10 and has scored for four times so far (which by the way is more than players like Farfan, Kießling, Schweinsteiger or Rakitic have on their account). Götze will be part of the National team on Wednesday again after debuting in the A-squad last year against Sweden. This is an enormous accomplishment for an 18-year old young boy. And the way Götze plays is also not the way you would expect it to be for a young guy like him, he seems to be a professional and is cleverer than some 30-year olds when he appears in front of the goal. Klopp is handling him carefully when it comes to media coverage about our youngster and if he keeps the media away from him, we will have a lot of fun with Götze over the next years. He is one of the biggest accomplishments of this season! 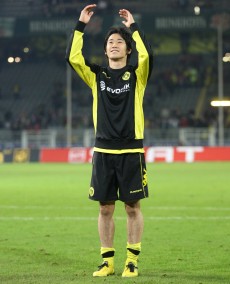 Shinji Kagawa: What do I need to say about Kagawa Shinji? Coming for 350.000€ out of Japan, he is a derby hero just after a few weeks and one of the best players of the Bundesliga. 17 matches in the league, 8 goals, impressive passes and assists, great dribblings... Kagawa played himself in the hearts of the fans in no time. Unfortunately, he is out for the rest of the season but will hopefully be back in Germany to celebrate the Championship in May. Let's hope that he is able to recover fast after his injury and will impress the Bundesliga and bring desperation to all of the defenders again.

What expects us this summer?

Moritz Leitner (17 years old) will come from 1860 München. And otherwise, I have no real clue what should be added to this already great team. We have several back-up players who can step in if someone gets injured. Perhaps we could need just one more real forward since I don't see Lewandowski as a real goalgetter like Super-Lucas. But otherwise, I don't see any need for buying in. Perhaps there is a little need for experienced players since we will probably play in the Champions League next year, but this is the song of the future and since I want to live the present and those great BVB times, I don't care about that... until May 14th.