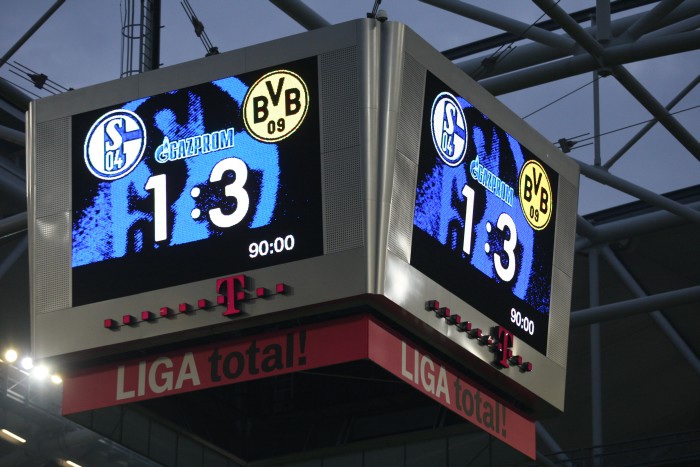 Good morning, world! It is the day of the biggest match on our lovely planet. It is good against evil, it is blacknyellow against blue, it is young against hired guns, it is King Klopp against Mental Magath - it is Borussia Dortmund against a team from nearby.

As Germany awakes on this February 4th 2011 the Derby is only a few hours away. People will get in their cars in Leipzig and jump on the train in Augsburg, they will get on the coach in Luxemburg and Hungary, they will hit the airports in Edinburgh and Oslo, they will wait for their friends to pick them in Bruxelles and Paris, they will awake from an overnight stay on the Autobahn on their way from Warsaw. All of them will only have one destination: Westfalenstadion, Dortmund, Germany – 8.30pm CET. 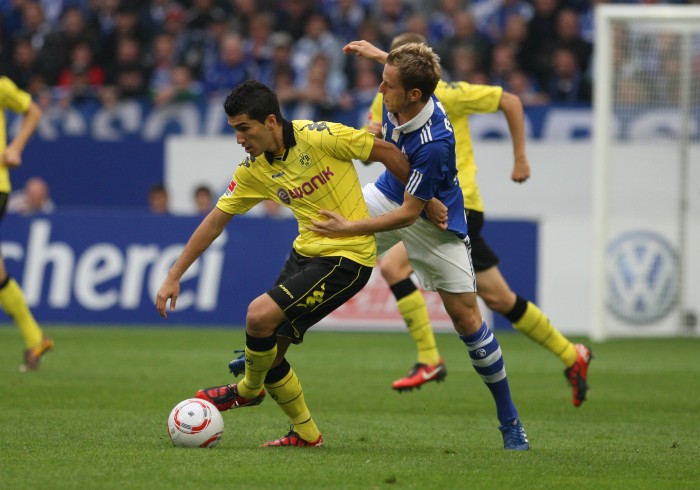 It is a rainy morning here in Dortmund but the rain will be blown away by the black and yellow storm that is gonna blow past the Blues later on today. The team that has been without a Bundesliga title had a rough week, right before the transfer list closed earlier this week Mental Magath went on yet another shopping tour, signing the likes of Harry Charisteas, Ali Karimi, Annan and Avelar. Even the pitiful fans of Herne West have lost count of how many players Magath has signed in his 18 months in Gelsenkirchen. “I hope we do not need those players we signed last week”, said Magath during the Derby press conference yesterday. He certainly is out of control. Protest amongst fans is rapidly growing. They fear that their debt-ridden club has sold its soul to the devil. Fans in Dortmund know they have and follow the development in Gelsenkirchen amazed and unbelieving.

Never before a Derby, not even on May 12th 2007, the day of the Mother Of All Derbies, the two rivals were divided by a bigger point margin. With 20 matches into the season Borussia have 50 points and are 25 clear of Schalke who could still face relegation trouble. The DFB Pokal semi finalist, where they face Munich away, could easily miss Europe this year and slump into an even bigger crisis. But Magath still believes he can turn things around and give the fans a Championship within the next couple of years. It might be the second league Championship, it will however never be the Bundesliga title. Still King Klopp preaches caution: “They have a brutal quality, which they have not shown enough, but are able to show. We are no odds-on favourite. A Derby is a Derby” And as always King Klopp is right. A Derby is a Derby and the last time we have won two Derbies in one this season was back in 1996/1997. A long long time ago. 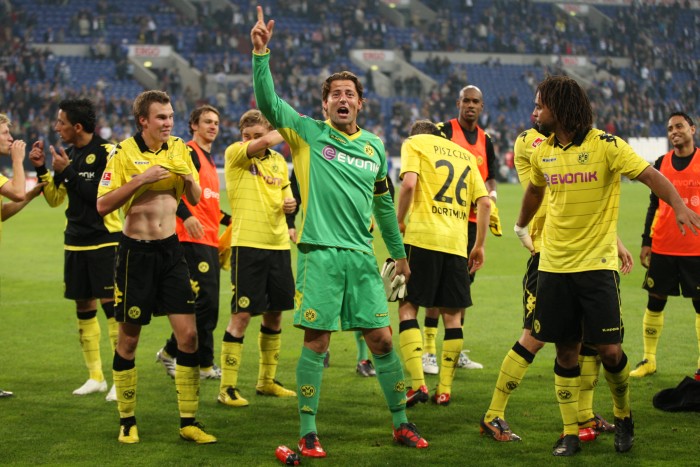 Of course it might have never been easier to make it two wins. The young guns top the league by 11 points and moreover have been playing sweeping football for most of the season. Everyone who was able to witness the adorable first two goals against Wolfsburg last week will not see how this could flutter. Nuri Sahin, Manni Bender, Mats Hummels and Mario Götze all were close to perfection that day and have been on so many other occasions this season. Borussia however will have to do without Neven Subotic, who collected his fifth booking last week. The tall Serbian will be replaced by Felipe “Tele” Santana. Santana, probably one of the best bench players of the league, only had a few minutes on the pitch this season and has not been seen in the starting XI since April 2010. Still, with Hummels on his side, he should do a solid job in front of Roman Weidenfeller. The best goalie of the league absolutely knows what the Derby is all about. Says he: “Derby wins are beyond price. Can it get better than having a floodlight match on a Friday evening. A Derby. Those are the evenings you live for as a footballer”. And so it might have been the first Derby win on September 19th and the Derby boycott that got the team on the way this season. After the 3-1 demolishing the fans greeted the team with flares and bangers when they returned to Dortmund. Fans and players partied into the weary morning hours. Just like in the old days. And now young guns get out there and make everyone including you happy! Bring on the Derby.

We will have a minute by minute coverage from the match from 8.15pm CET onwards, just click here