A day in black and yellow 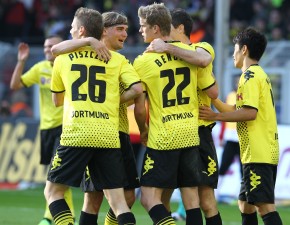 Only three days after the great victory against Cologne, it is already time to play some football again. This time against another team dressed in black and yellow as well: Dynamo Dresden. But of course this isn't just any other game, no this time it is a German Cup game and we probably all remember the fact, that the last time we won this cup, was over 20 years ago- 22 two years to be excact. Between then and today we offered quite a few rather embarrassing performances on the cup-stage and we probably all remember the flop from last season's cupgame against the lads from Offenbach. We actually managed to get beaten at the penalty shootout. But then again, if we all remember well, penalties don't really appear to be our thing. But this season is a new season and in our opponent from Dresden we found quite an attractive one.

I do believe that most of our fans were quite pleased when they heard the results of the draw. Dresden is a team with a long tradition and this time, also, they are proving that fact quite well. Around 10 000 fans in the other black and yellow will be expected in Dortmund and in the Westfalenstadion on tomorrow's Tuesday in order to support their team.Quite a number. Especially if you consider the fact that these people will com from the afar east and will travel over 500 km in order to be there for their team on a day during the week. We all know that not many teams do this. Currently ranking position number 10 on the tables of the second Bundesliga, Dresden won their match against Eintracht Braunschweig away with a solid 0:2. And Dresden will probably not show up tomorrow in order to get a defeat like Cologne did a few days ago. Their players will be eager and so will their fans be. Also, an old acquaintance will be seen on Dresden's bench. Ralf Loose, a former player for our BVB at the beginning of the 80es, now Dresden's coach. Premises could be worse. 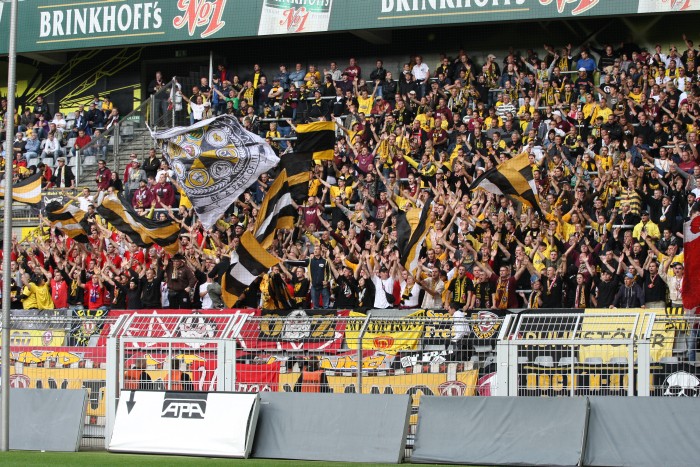 On the other hand here is our Borussia. The weekend was perfect for all of us- no doubt about that. But then again, this is their third game within seven days and it should be interesting how our team handles this cup game. Maybe it is a good omen that we are actually playing at home this time, and more over, not against a team ranking lower than the second Bundesliga. We struggle with those, but actually, after the confidence boost against Cologne, we should all think positive and look forward to a stadium, completely covered in black and yellow, with two fan-sides that will give their all and hopefully two teams, that will make this an interesting game. As for our Borussia, it is good to know that Barrios is back in the team and recovered from his injury. The next question will be whether Großkreutz will be the first choice for the left winger again, after his great performance against Cologne. It is also possible that Perisic takes over that position again after he was not allowed to play against Cologne due to his read card. If you ask me? Never change a winning team, but I am sure our coach will make the right decision. 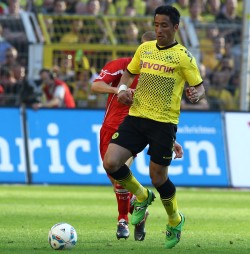 Come on young guns, the last time we actually played a German Cup Final was before our great coach Jürgen Klopp was here and we are longing for another final and another Cup victory after- then- 23 years. We know you can do it, and we are looking forward to support you again.

Like you may got used to, schwatzgelb.com will provide you with a live coverage of the match once again. The ticker in English language will be available around ten minutes before the start coming right from the Westfalenstadion.