Do you know who I am? - Story of the forgotten man 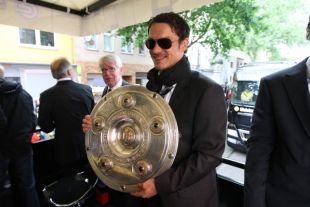 Do you know who I am? I mean really I wonder if that phrase he has ever had to utter to anyone in the past year around Dortmund who may not be a die hard fan or at least someone with a good memory.

Well to be fair ill throw in a few clues and see if you can guess, but try not looking at the photos, focus on the words people, on the words now:

He was born in 1982 on February 12 in Scheßlitz, Germany, in his youth he played for SV Pettstadt and FC Bamberg then in 2000 he hit the bright lights and dark days of Hollywood via the Säbener Strasse (yes he played for Bayern Munich) during his time there he won a junior championship title and both the dfb cup and Bundesliga title in 2003. 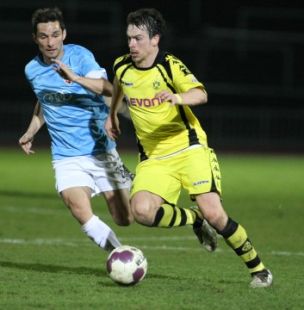 He then left for 1.F.C. Köln. While his time there was hit with injury he did endure games for both the amateur side and first team respectively.

As Köln as a club began to flounder in sporting terms this mystery player sought pastures new in Mainz where he was signed by current man with the magic mind Jürgen Klopp, signing for 3 years this is where he would start to make his footballing mark and get noticed. It wasn't in the 1. Bundesliga he made a name but in the 2. Bundesliga after Mainz relegation where me made the left midfield position his own earning rave reviews and most notably the accolade from German sport magazine Kicker as he was rated the best player in the bl.2 in 08/09 season,

That season had caught the attention of the big boys in German football and while many a team showed interest it was BVB now under the guidance of his old coach Klopp who stole a march on the rest and our mystery man signed on a free transfer in 2009.

BVB had signed a player while though in his early years hit with a few injuries which kept his laying time to minimum of sorts he showed the potential had at Mainz and it was a signing that seemed it could prove to be a great steal and coup for the club. 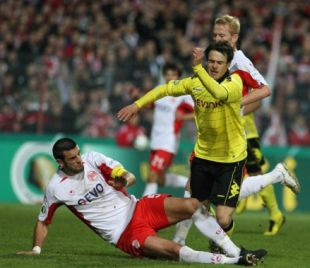 Sadly for this player he never really got a chance to make his mark, in his first season he was mainly used as a substitute and he never quite showed enough to warrant a start until the 0-0 draw against his old club Mainz which turned out to be the only game he started in the first 11, and any chance to change that was cut short by injury as he was to be ruled out for 3 months with an ankle injury and after that played in only a handful of games for BVB.

Come on by now you have to have guessed the mystery player right surely? No alas I must continue
While ideally for the season which turned out to the championship winning season for club, the player in question while now fitter was unable to make his mark in the squad he found himself unable to break into the first team playing only 9 games in total including Europa league and dfb cup games, this was to be fair to him in no part mainly his fault but more mainly due to the stellar performances of other players in the team, but when he did get a chance to play it wasn't enough to dislodge the likes of Großkreutz, Bender, Kuba, Sahin et al.

Ah yes, now it has clicked in who, you're right its Number 14 otherwise known as Markus Feulner aka the forgotten man, now it would have been better and more fitting to him to say it was a goal filled action packed past 2 years but it wasn't due to his injuries and performances of others. Management and some BVB fans alike knew the player was capable of better things his versatility in positions could have been something vital in need to the team, but it isn't and wasn't something we got to see. 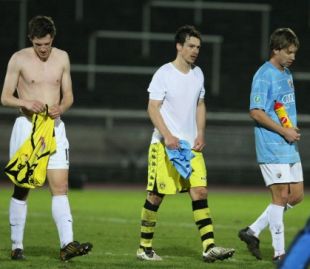 To be fair to the man he played his part in the past season he may not have hit the headlines but he played his part and contributed towards the team helping gain the Bundesliga title for 10/11 and that deserves respect. So for that we thank you, maybe we will always wonder what could have been and what never was.

So long, farewell, auf wiedersehen, good night, to you Herr Feulner and good luck with pastures new in Nürnberg, all the best in 11/12 and beyond.

Guest authors express only their own opinion which must not necessarily correspond to the views of the editors of schwatzgelb.com.