Borussia in Munich - a predictable defeat? 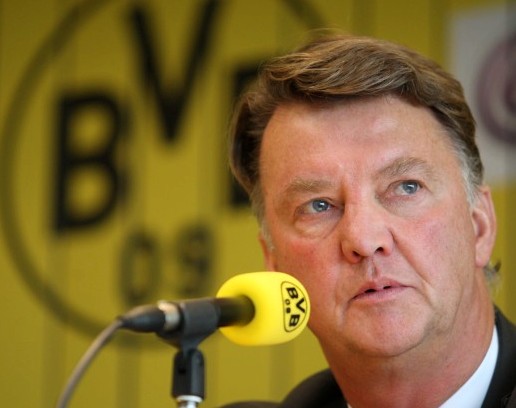 These are strange days for Borussia's supporters! After a serial of 12 matches without a defeat, weeks of enjoyable football in black and yellow and a solid defensive nearly everything has changed! Two defeats in a row and seven goals against us show Borussia's poor performance during the last matchdays. And now our next game will be on Saturday evening in Munich against Bayern. At the moment Bayern is number two of the table. The team has the same number of points as leader Leverkusen and has been unbeaten since 14 matches. No question, Borussia is the absolute underdog in Munich's Arrogance, excuse me, Allianz Arena!

Arrogance is one of the characteristics most critics blamed Bayern for. Of course it's often the fate of successful teams to be classified as being arrogant. But especially Bayern's managers, presidents and coaches did a lot to keep this image alive. In this context let's remember the words of new Bayern coach Louis van Gaal at his first press conference in Munich. He described Bayern Munich's club culture as "arrogant, self-assured and dominant", perfectly in line with his own character! Any more questions? But Bayern's present situation seems to confirm van Gaal's opinion. After a difficult start in the league and also Champions league, Bayern climbed higher and higher. Now the team is without a doubt one of the top favourites for German championship this year. And beside still playing in the Champions League they will also attend the semi final of German National Cup. 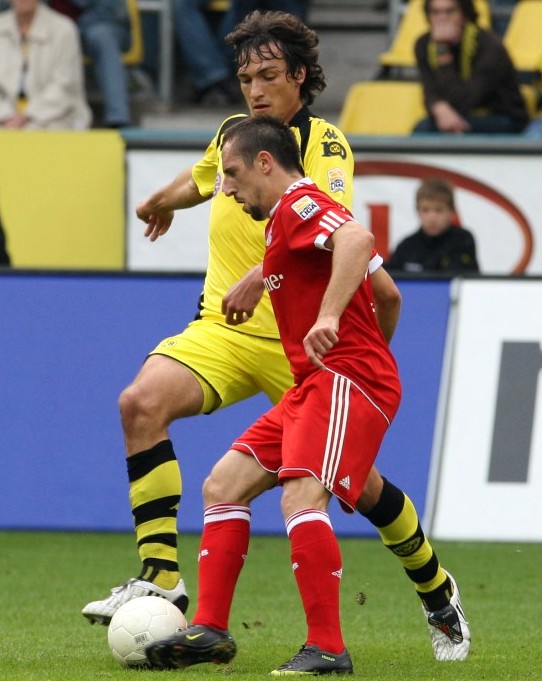 Bayern's squad is a collection of internationals. Only for example this team took 3:1 revenge on the reigning champion Wolfsburg last week: Goalkeeper Butt; defenders Lahm, van Buyten, Demichelis, Badstuber; midfielders Robben, Schweinsteiger, van Bommel, Müller; strikers Gomez and Olic. With the exeption of the two youngsters Holger Badstuber and Thomas Müller, which both extended their contracts until 2014, all players are current or former internationals. And in addition to this impressive list of prominents, international players like Franck Ribery or Miroslav Klose are acting currently as substitutes. Easy to understand that Italian international Lucca Toni moved to AS Rom due to such a massive competition pressure in Bayern's team.

But all these high class players are no reason for Borussia to capitulate before travelling to Munich's Allianz Arena! Kuba has recovered from his groin injury and also Sven Bender could probably return to the team. Former Bayern player Mats Hummels confirmed Sven Benders positive impact on Borussia's team: "Without Sven we had a lot more to do in defence against Stuttgart and Frankfurt!" We all know the annoying results of these last two matches without Sven Bender. Maybe, an additional motivation for Sven: Before he moved to Borussia he played for Bayern München's local rival München 1860. Also Roman Weidenfeller took part in the last training sessions. Our regular goalkeeper reported: "...I feel good. The knee and scar holds up." It will be Jürgen Klopp's decision if again Marc Ziegler or Roman Weidenfeller will be the goalkeeper on Saturday. There are also chances for Leonardo Dede and Tamas Hajnal to enter the green. Both are experienced players and experience could be in urgent need for Borussia's young guns against players like Robben or Ribery. So there are a lot of considerations for Jürgen Klopp until Saturday to find the best team to start against Bayern. Only one fact is for sure: Nelson Valdez will not join the team due to his fifth yellow card against Frankfurt last Sunday. So it seems to be clear that Lucas Barrios and Mohamed Zidan will be first choice for the match.

What are our final thoughts and hopes before the match? In spite of a (predictable?) BVB defeat in Munich and wins of Bremen and / or Frankfurt we will stay at number 5 of the table. But our advance to position 6 will then be reduced to only two points.

And do we have any hopes for Saturday or are any hopes forbidden? The big favourite Bayern München welcomes underdog Borussia Dortmund - that's very similar to the legend of David and Goliath! And we all know the end of this legend. On Saturday 8.15 p.m. we all will know what happened: A predictable defeat, a near surprise or even a real surprise?! Let's keep in mind: Dogs can bite but underdogs too!