Paris - Belgium - Dortmund and back 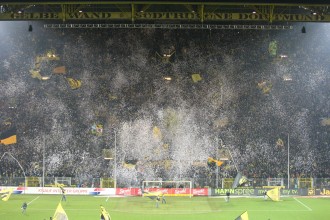 I would like to describe what happened to me on the 27st of november 2010. As you might know, Dortmund played against Borussia Mönchengladbach that day and it turned out to be one of the most emotional and memorable days of my life. Let’s start from the beginning. I was lucky enough to buy two tickets for this game a couple of weeks earlier and I was really excited (as always), because I cannot often go to our dear Westfalenstadion to see the mighty Borussia play, since I’m a student who lives in Belgium. Everything was planned and nothing could go wrong, because my friend was able to borrow his father’s car in order for us to drive to Dortmund.

On match day, I woke up at 6:30 in the morning and took a shower. After that, I had a look through my window and I was astounded at what I saw. Was it really snowing outside? Yes it was. I rubbed my eyes in disbelief and instantly grabbed my phone to call my friend. I was very nervous, because his father’s car was our only way to make it to Dortmund. At the beginning, he said that I shouldn’t worry, but ten minutes later, he called me back and said that his father wouldn’t let us use his car, because the roads were too icy. We both tried to convince his dad, but in the end it was his car and we couldn’t persudae him. On top of that, his father wouldn’t let us take the train, because his son had to stay at home! 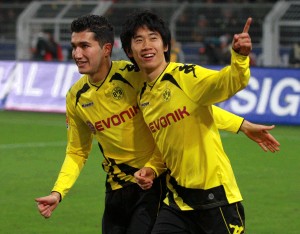 I was sitting on my sofa, wearing my BVB-shirt and my scarf and looking at both of my tickets that weren’t going to be used… I cannot express what I felt at this very moment and I hope none of you will ever go through this as well. I was desperate and needed to talk to someone. I suddenly phoned my father, who lives in Paris with the rest of my family. I told him what happened and he said that I could watch the game on television at least. No, never… I wouldn’t be able to do that, because I know that I could have been there, in our wonderful Westfalenstadion to support our fantastic team. Instead of doing that, I would sit in front of my television, not saying a word. What an awful thought. I was about to go back to bed in the hope that this day would be over soon… 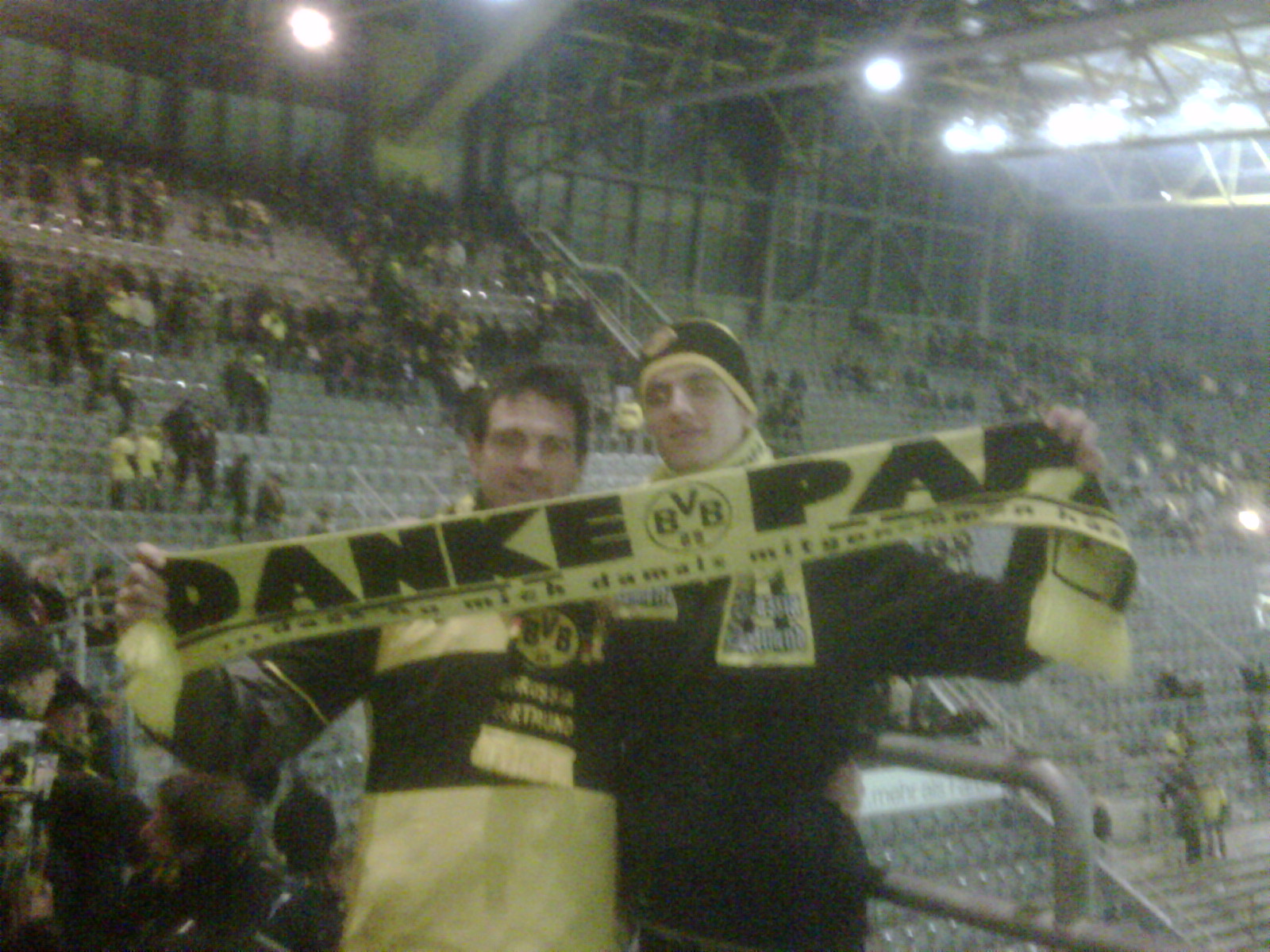 But everything went totally different: my father phoned me and said: “Bruno, your mother thinks that I am totally mad. Do you have another BVB-shirt at home, because I am on my way to Belgium to pick you up? We are going to Dortmund.”. Don’t make me laugh! But it was true. My crazy father, leaves our family behind to see Borussia play. And again, I can’t describe how I felt when he told me that. He was about to drive 1200km in only one day! He picked me up, three hours after he phoned me and we arrived in Dortmund one hour before the kick off. I was so happy once we could see the Westfalenstadion! It felt like being home again, with 80.000 friends. Yes, I made it to Dortmund thanks to my father and yes, my voice was hoarse after we won. I will never forget the view onto the Südtribüne and the unique atmosphere.

After our victory we went out to eat in a restaurant in Dortmund and left Dortmund at midnight. We were both really happy that we were able to attend the game and were laughing all the way back home. At 3 o’ clock in the morning, we arrived back in Belgium and I fell asleep immediately, still wearing my BVB-shirt. All in all, I will never forget this day, because of what my father did for me. It shows how much we love this club and that we would do anything for Borussia Dortmund. To finish, I would like to show you a picture of me and father with a “Danke Papa” scarf, I bought just before kick-off, so he would never forget this day as well. I would also like to thank Kenny Lockhart for correcting my spelling mistakes.