Alex Frei - BVB fans should stay the way they are 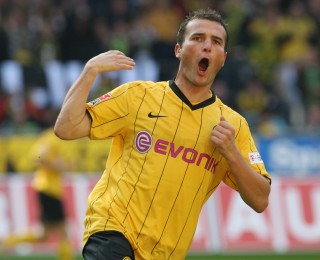 In his three years with Borussia Alex Frei successfully continued the Swiss tradition in Dortmund. He evolved into personified life insurance during our relegation fight. The 2007 Derby hero scored 34 goals in 74 matches. Despite several injuries the all-time top scorer of the “Nati” (Swiss national team) always fought his way back into the starting line-up. Unforgettable his brace in September 2008 against Blue Scum, which meant the comeback after being 0-3 down. Only recently Alex Frei announced his resignation from the “Nati” by the end of the 2010/2011 season.

Schwatzgelb.de got hold of Alex Frei and talked to him about playing for FC Basel, the whistles and boos he got while playing for the “Nati” and his time in Dortmund.

Sg.de: Hi Alex, German media recently had a strong focus on you again. What outweighs? The joy about your strong performances with FC Basel in Champions League and League or your disappointment about how the you have been treated by the “Nati” fans?

Those are two separate things. First of all I am very happy about the way things have developed in Basel. We have a great team, professional structures in the club, great fans and a fantastic team spirit. Then of course there are those whistles and boos during the games with the national team, where I would like to put upfront: Every fan is entitled to whistle in the stadium, that is part of football. What disappointed me and made me sad where the ones, who were fuelled by malice against one of “their” players. 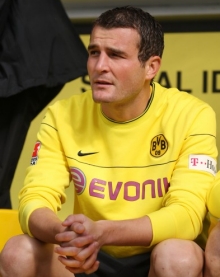 Sg.de: Have you not been give the credited you deserved? After all you are the all-time top scorer in the national team and you have also proven to be an important player for every club team you have played for.

On the basis of the whistles I got more positive feedback recently from friends but also from people from the outside than I got negative feedback. Everyone with enough respect acknowledges, what I have achieved during my career and respect that people react different when facing a situation like I am facing right now

Sg.de: You have been wearing the FC Basel colors for over a year now. You have won the national championship and now play Champions League. Done everything right leaving Dortmund for Basel then?

Yes, I am pretty sure about that. I had three fantastic years in Dortmund but I am really happy about being back home and having some seasons left in me.

Sg.de: You still look back to your time in Dortmund and remember Borussia’s fans?

Oh yes. In my life I will never forget the amazing Borussia fans.

Sg.de: Do you still keep contact to some of your former team mates?

For sure, every once in a while I talk to Roman, Sebastian Kehl and Patrick Owomoyela

Sg.de: What do you say about the development of Jürgen Klopp’s young guns?

What the team currently shows and not only through the results is just terrific. This is a great team, perfectly balanced, good players on every position. 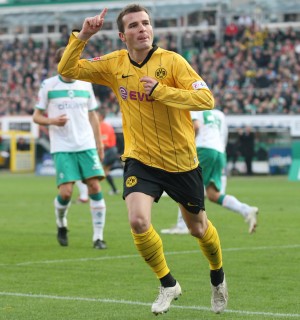 Sg.de: What sticks with you from your time in Dortmund and are there things you want to forget about?

I do not have any hard feelings when looking back and no bad memories. As I have already said, I had three splendid years with Borussia.

Sg.de: A lot of BVB fans of course remember the Derby hero Alex Frei, is there anything you want to tell them?

Only one thing: The BVB fans should stay the way they are and that I have very much enjoyed playing in front of that massive Südtribüne.

Sg.de: Alex Frei, thank you very much for taking the time to talk to us. Best of luck for you and FC Basel for the rest of the season