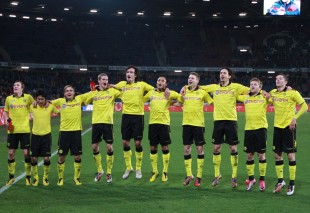 After four games on the road Borussia is finally back in Dortmund tonight. The Westfalenstadion will be packed to the top when league dino Hamburger SV visits the temple at 8.30pm CET. A rain soaked pitch awaits our young guns and the current shared sixth. A win would take Borussia seven clear of the rest for at least one night.

What a Bundesliga season it has been so far. We are already one third into it and have taken 28 of 33 points. 9-1-1 has never sounded better before. But out of those 9 wins we have collected six on the road and only three at home. The first match against Leverkusen was lost 0-2 and our last home match against Hopp’s new tradition was drawn after that late equalizer by Toni DaSilva. Tonight’s opponent Hamburger SV so far won seven points on the road. They beat Frankfurt and Mainz and drew to St.Pauli but twice lost 2-3 against Werder Bremen and FC Köln. Still Hamburg have had an okay start to their campaign, if you dust away their title dreams, which since the days of Ernst Happel have not been more than fever dreams. Hamburger SV is the only team to have played every single Bundesliga game from 1963 until today, with never really getting into major relegation troubles. 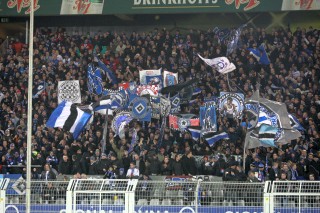 Hamburg, one of the liveliest cities in Germany, is currently torn apart. On the one hand you have Hamburger SV and on the other hand you have St.Pauli, the cult team from everyone’s favourite red-light district St.Pauli. The blue diamond from Stellingen has lost a fair share of success fans to the Jolly Roger swaying club located at the Heiligengeistfeld in Hamburg St.Pauli. But still they can rely on fantastic fanbase. Tonight we will see some 10.000 Hamburg supporters, the first real opponent for the legendary Südtribüne this season after Kaiserslautern were unfortunate to play in Dortmund during the week. The club is currently coached by Armin Veh, a former title winning coach with VFB Stuttgart in 2007. Ever since then Veh’s luck has turned around, he received his marching orders in Stuttgart soon after that and did not last longer than 18 games at then current title holders Wolfsburg last season. Hamburg, who seem to have a new coach every season, signed a contract with Veh this summer after getting rid of Bruno Labbadia, who missed out on taking the club into Europe. Hamburg’s players have proven to be injury prone throughout the last years and not have changed without the stress of playing in Europe under the week. They currently miss out on goalie Frank Rost, German international Denis Aogo, Colin Benjamin, Diekmeier, Elia, Jansen, Torun and Ruuuuuuuuuuuuuuuud van Nistelroy. Still Armin Veh will be able to field a good team tonight, most probably in a 4-3-2-1 formation. The likes of mercenary Mladen Petric, ex-blue scum Heiko Westermann, Zé Roberto, Mathijsen, Jarolim and Trochowski make up a good team. 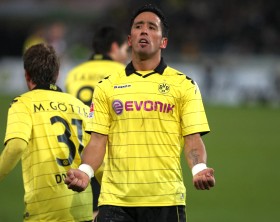 But enough of Hamburg. Let us have a look at our team. “We have no other plan than to win this game”, says Jürgen Klopp and but adds “there is no guarantee that we will win against Hamburg. We have to turn the great atmosphere into a great match of ours. And I doubt not that there will be a great atmosphere tonight”. For the first time in more than seven years four current members of ze Mannschaft will be part of our team. During the week Götze, Großkreutz, Hummels and Schmelzer got the call from national scarf Jogi Löw. “It is an honor for us all, to have four players in ze Mannschaft. Löw can look forward to welcoming four incorruptible players”, says Klopp. But Borussia right now is much more than four players. With Momo Zidan close to his comeback the quality in the squad is boosted even more. Even if Zidan might not make the squad tonight, he will be an asset to our team in the near future. “It is still early days and Zidan will be an important player for us this season” but maybe not today. With Großkreutz and Barrios still doubtful, Zidan might be on the bench. But if Großkreutz and Barrios make the team tonight, we should the very same starting XI that we have seen against Paris and Hannover.

A win can take us seven clear of Mainz and ten clear of Leverkusen for the night and will put on enormous pressure on the teams underneath us, which for the 97th time in our club history are all other teams in the Bundesliga. Before the match in front of the capacity crowd of 80.600 fans German popstar Nena will perform her song “Leuchtturm” (Lighthouse), which during the days of the Derby boycott was adopted by our fans. This has spurned a controversy amongst the fans, who feel that football these days turns into an event. Some of the super fans have blogged about maybe going to the toilet while she sings her song or maybe even talking to their neighbors. But if you share the night with Nena, you should not complain about waking up next to Nena’s armpit hair. As long as we have no other problems after the match tonight, we are seven clear! Heja BVB! 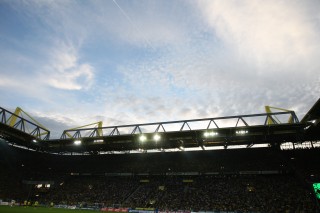