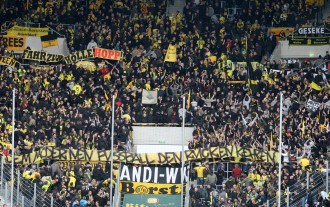 Isn't it sad that the quantity of matches who can be subtitled with "tradition vs. money" has grown over the last few years? Not only is it clubs like Leverkusen who are supported by big concerns, but also clubs like TSG 1899 Hoffenheim who only have one rich son of a gun behind it: in this case, he is called Dietmar Hopp but we have and trust Jürgen Klopp who on Sunday will win against Hoffenheim for the first time in his career and therefore retain the top position of the Bundesliga ranking. Why? Because even though there are more of the duels like Hopp vs. Klopp, one rule ever lasts: Tradition beats money. 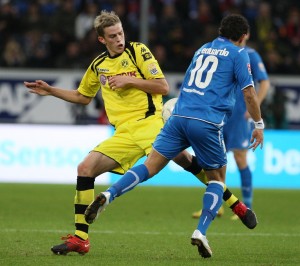 While some of the Borussia fans will still suffer from last Thursday's bitter tie against Paris, our players need to focus on the match against a opponent who will not be easy to beat since like Kloppo noticed before the match, "their way of play resembles our style. They also work against the ball very early, so it will be a hard match." In comparison to the match against Paris, Klopp will have to replace Patrick Owomoyela once again since he will be back not before mid-November (Klopp's comment: "He will be out for three weeks, under our circumstances, that means 140 matches."). Lukas Piszczek will take his place instead. The other big question mark in our line-up will be one of the double-six. While Nuri Sahin of course is safe, Sven Bender got injured on Thursday and is unlikely to play. Before the match against Hopp, Klopp could chose between youngster Mario Götze who replaced Bender in the second half of the European match and veteran Antonio da Silva who is used to playing on the six in comparison to Götze whose type of play is more offensive. Maybe even Sven Bender could be back on the pitch, so the visitors of the match will be interested in getting to know the line-up at least to see who forms the double-six. The rest of the team should remain unchanged. On the other side, Hoffenheim misses defensive players Simunic and Ibertsberger due to injuries.

As if we need reasons for winning

With the top 2 teams of last season not winning on day 9 of the Bundesliga – Bayern tied 0-0 against Hamburg, Blue-White managed to get one point against Frankfurt – the match against Hoppenheim is one with a big opportunity. Not only does our team get the chance of making history by winning for the eigth time in a row in German Bundesliga – which never happened before in our history -, they also get the chances to grow their lead against these big clubs and even against Leverkusen or Mainz who will be playing each other on Sunday, too. On the press conference before the match against Hopp, Klopp tried to make the tie against Paris forgotten by remembering of the great accomplishments of the season: "We had 14 matches in all competitions, won 11 out of them and weren't beaten in 12 out of those 14." Sounds like a pretty good start, doesn't it? Hopefully we can add one figure to each of these stats on Sunday evening. 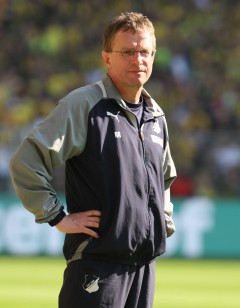 Coming back to Dietmar Hopp, he will have to expect hatred again since he always got to know what Dortmund supporters think of him if he travelled to Westfalenstadion in the last years. And what does a rich man do, if he is attacked by someone who hates him? Yes, of course, he cries. "Mimimi, they don't like me even though I put all my money in some random club to make me famous. That's not fair. Boulevard press, here you have 1.000€, write something nice about me and my club. Mimimimiiiii." Yeah, that's the way a man of power should react to something like this. To make him cry again, there are only two ways: Attacking, provoking and insulting him once again is the first one, the second one is plain and simple: winning against the club founded officially in 1899 but having no history at all. Let's go both ways this Sunday, against modern football, for tradition, to write history and to retain the top positions. Many good reasons for one simple victory, eh?

Attendance: 80.000 fans are expected to fill the Westfalenstadion, 1.300 will come from Hoffenheim or anywhere else where money is everything they have.