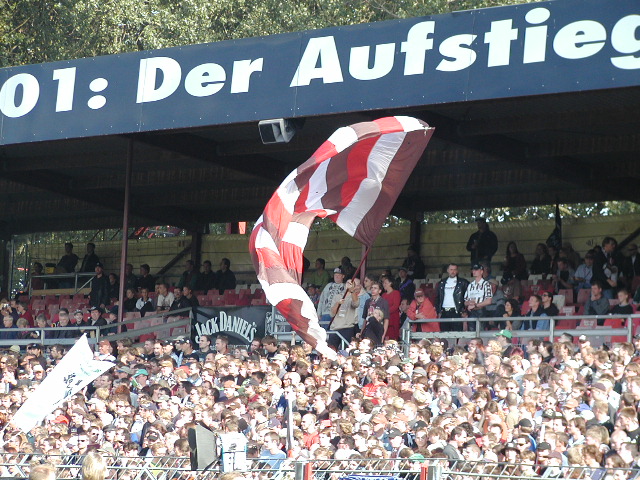 In our third away match this Bundesliga season we travel to the "cult club" St.Pauli. Located right in the heart of Hamburg's best known district and close to the legendary Reeperbahn, the Hamburg team is back in the top flight after a seve year hiatus which took them down to the third league and close to bankruptcy. Under manager Holger Stanislawski, a local boy, who used to sport the colours of bitter rivals Hamburger SV in his youth days but ever since has been with St.Pauli, the team got promoted to Bundesliga this summer - for the fifth time in their club history. Over the years the so called "Kiez Kickers" (neighborhood kickers) have become the leading non established club in Germany. The smell of anarchy is in the air in their fanshops in Berlin and Cologne as well as on golf courses throughout Germany, where St.Pauli merchandise can be found as a top prize regularly. The underdogs from up north have found their niche and have made themselves feel comfortable in there. 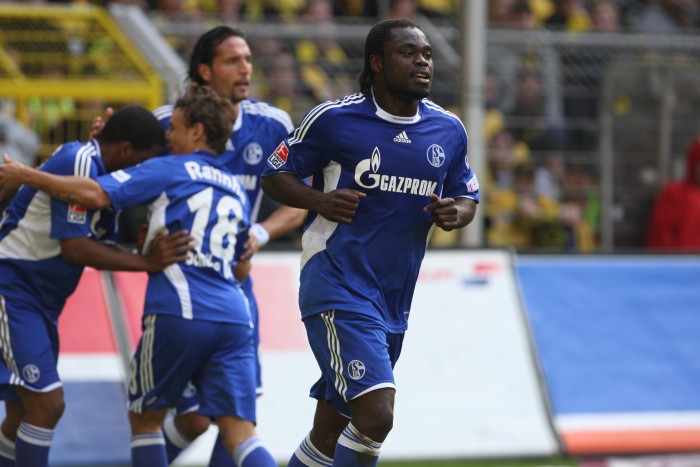 However not everything is bad. The Millerntor is located right in the heart of Hamburg, close to the old flak-bunker and one of Germany's better clubs, the Uebel & Gefaehrlich, where some of you might have danced the night away and when walking out looking at the old ground. The old ground is no longer. Over the past few years St.Pauli invested a lot in building new stands, while not taking away all of the uniqueness. With all the surrounding bars and cafés, the boutiques and the nearby Reeperbahn there are worse places to put a stadium.

St.Pauli kicked off their season with a total of seven points out of five games. On Derbyday they drew 1-1 at home to Hamburger SV, with ex-Borusse Mladen Petric securing the draw for HSV with a late equalizer. During the week they picked up three points in Gladbach, who still had not recovered from their 7-0 humiliation against Stuttgart a couple of days earlier. One of the goal scorers on Wednesday was an old friend of ours, Gerald Asamoah! The "Flab Pig" is bound to end his career far away from Gelsenkirchen, where he was of no use for Maestro Felix Magath anymore. Asamoah, who once vowed to walk all the way from Dortmund to Gelsenkirchen, if they were to secure the Bundesliga title in Dortmund – of course this never happened, remember the 12th of May 2007, has just come back from an injury and will be on the bench first. Whenever he will be brought on to the pitch, the atmosphere will be even tenser. Of course this team is not all about Asamoah. 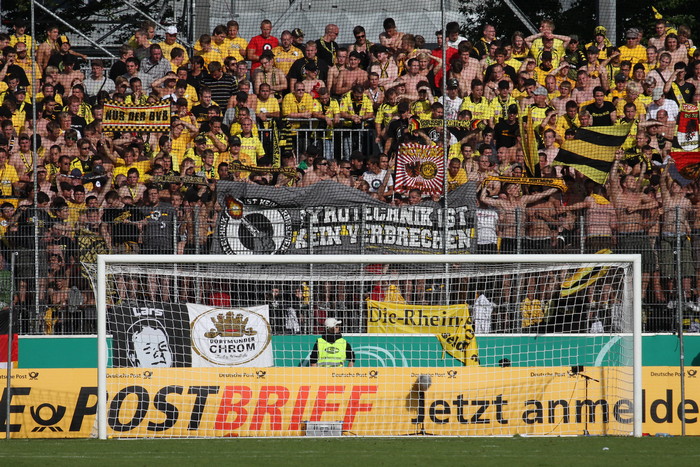 Holger Stanislawski usually starts in 4-2-3-1 system and is not willing to give up on it. "We will attack Dortmund to put pressure on them. They have a problem at the back", says Stanislawski. The only attacker will be Marius Ebbers, who put quite a few past second league keepers in his career, but still has not been able to make an impact in Bundesliga. Also worth a mention is St.Pauli goalie Thomas Kessler, who is on loan from FC Köln and one of many promising young keepers in Germany. With Fabian Boll they even have a cop on their team. Boll is a chief inspector with St. Pauli police. Legend has it he is still working part time, which, of course, is nonsense.

The Derbyheroes will face a committed side for sure. But is there anyone but us that can stop us right now? The team will need to keep the concentration as high, work as hard against the ball as they did over the past few games and pray that their force lasts. After an exhausting week or two this might as well be our biggest problem. But a capacity crowd in Hamburg should be a good reminder of why we need to focus. "It is a highlight match for St. Pauli, but it is also one for us", says Jürgen Klopp, whose team will be with Sven Bender. Bender got knocked during the opening minutes of the Kaiserslautern match but was able to finish the match. 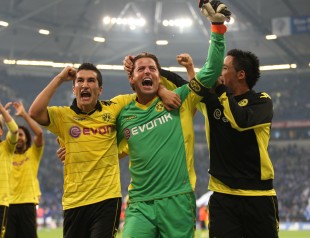 Can Bender sidekick Nuri Sahin repeat his world class match? Can Barrios break his away curse, after not having scored in Gelsenkirchen? What will Kagawa do? Or will Lewandowski make his debut as a starter? And can Kevin curl in yet another magic goal? Are Hummels and Subotic fully concentrated? The game will tell.

Other than Dede, Zidan, Hajnal and Kehl we have a full squad to choose from. After rotating in the Polish right wing on Wednesday (Kuba and Piszczek for Götze and Owomoyela), Klopp might be up for a few more surprises tomorrow at 3.30pm. As long as the team does not surprise us and we can still ask: "Where will this all end" after the match tomorrow, he has made the right choice. The train will keep on rolling. 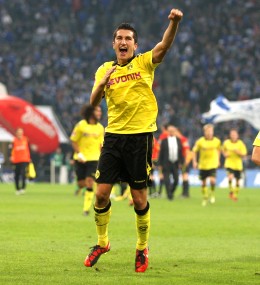