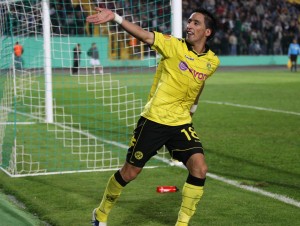 It is probably the derby with the best pre-conditions before the game. Borussia had a great start into this season and only lost one of the first seven matches in Bundesliga, national cup and Europa league and the hated neighbour near Herne nearly lost everything in the three competitions they are playing. In the non-saying ranking, we are six points ahead of blue-white, who find themselves on the 17th rank. With a victory over Scheisse on Sunday evening, Borussia could send blue-white right where they belong: to hell. A loss at home against the biggest enemy would possibly mean the last rank, zero points after four games and a nine-point-deficit compared to us. To be honest, it would blast the roof off at Gelsenkirchen's gym and Magath would be criticized more than before. Therefore, everything is ready for THE perfect Sunday evening, THE perfect start, THE perfect victory, THE perfect derby.

To slow down the euphoria, it is the kind of match we lost at numerous times in the past. The recent derbies did not end up very good for us and often, we went home from GE with nothing... but wait a moment, this year, there are 1500 fans not going home from GE at all, because they will not travel to the game because of high ticket prices. You find information about that topic all over our site, so I won't go any further with that and just say that it will be a very special derby. 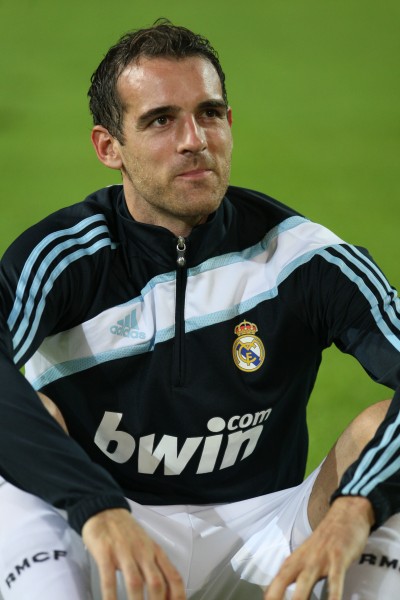 Coming to the line-up of both teams, Borussia is expected to play with the same line-up as last Thursday in Lwiw, where the players showed that they have the passion to turn the page and that they are ready to win a derby, too. Sebastian Kehl will be out and replaced by Sven Bender again, the assignment of youngster Mario Götze is the only thing which is not sure at the moment since he came home from the Ukraine with a small concussion. If he, who scored two goals on Thursday, could not make it to the derby, Kuba is likely to take his place in the squad. On the other side, Scheisse's own Judas Christoph M. will be out as well, which is not a surprise but which could be bad for our team since Christoph M. was the weakest link in Scheisse's team until he got injured. Jones could be out as well, but all stars who were bought with money GE doesn't have like Jurado, Huntelaar or Raul should be in the starting line-up. Blue-White could have an advantage in fitness since they already lost on Tuesday whereas our squad won a difficult game two days later, but this advantage can be equalised by the passion our team showed in the first matches of this season. 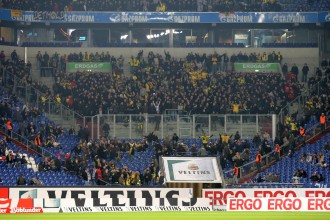 So everything is set up for the match of the matches. Scheisse nearly lost everything, we nearly won everything, fans boycott the match, Christoph M. suddenly gets injured... and the story will be continued on Sunday, 5.30pm. Everything better and including a tie will be enough for our team since actually, we don't need to win the match and even after a loss, we would still be the number one in the "Pott". However, Blue-White desperately needs a victory to rescue the start of the season and we are not ready to give three points away that easy. Like always, everything is possible in a derby, but every Borussia-fan dreams about winning on Sunday, finishing Scheisse, sending them to hell and going on to the English week next Tuesday/Wednesday. Of course, the best thing would be Kevin Großkreutz to score the 1-0 in minute 94 but of course, I would be happy with a 0-9 victory as well. And when should we win a derby, if not on this historical date (19.09.)? Do it guys, finish them, send them to hell and most importantly, ultimately take the smile of Magath's face... forever!