Has football lost its soul? 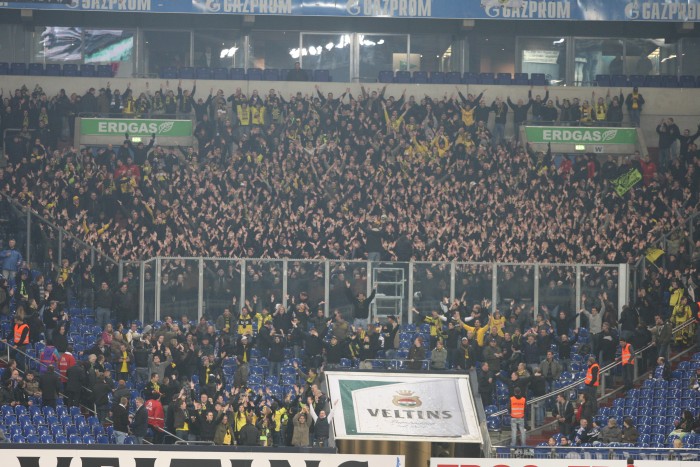 Back in July, I wrote an essay for university on the commercialisation of football with clubs getting a new face by their sponsors or higher ticket prices. With the derby boycot now coming ahead, this text became more than topical again, so I decided to publish it for schwatzgelb.com. Here is what I wrote:

Even though the influence of commercialisation on football has constantly grown over the last years since the 1990s, I would not say that the soul of football has been lost entirely. To argue about that, it has to be defined what "the soul of football" really is and this is something which can't be defined for certain for every football fan but which is very subjective for each and every one of us. In my opinion, the most important thing about football is that it can combine so many people on the terraces, no matter the religion, gender, age or social class. All fans of one club are part of one big family, the love to their club unites them. The best example to prove this is that at nearly every game on television, if you have a closer look at the fans celebrating a goal, you will always find people who seem to not know each other, but celebrate together, hugging, chanting and being proud of what the players on the pitch have done for them. If you ask a football fan if he or she has hugged someone he or she didn't know before after a goal for the beloved club, he or she will probably answer that this has been the case several times before. 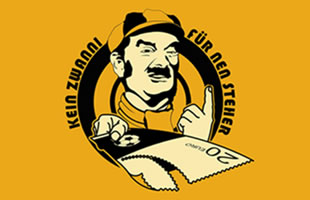 Of course, this standing together behind the club is strongly connected to tradition. For football fans, tradition is a very important thing: many supporters refer back to golden times of their club in the 60s or 70s even though they weren't born at this time, which shows the importance of tradition. And of course, if something like in Wimbledon or Manchester happens, then these fans are disgusted and feel betrayed since this tradition is in danger of being lost. In cases like that, they turn their back on the club and that would mean a certain loss of the soul of football and of course, it is not the fans who should be blamed for that but the ongoing process of commercialisation in football.

Starting some years after the Taylor report, commercialisation (besides higher ticket prices) became an important source of income for the clubs who needed money to build or renew their stadiums to fit the rules of the Taylor report. And today, you can see the big influence of big companies by only looking at the names of the stadiums or even the Premier League. There is the "Barclays Premier League" (named after a credit company), the "Coca-Cola Football League Championship" and even the eighth division is named "British Gas Business Football League". There is no Highbury Park anymore, the new stadium of Arsenal London is called Emirates Stadium and Bolton Wanderers are playing in the Reebok Stadium. In comparison to Germany, where you can hardly find a stadium in the Bundesliga whose name has not been sold to a company ("Signal Iduna Park" formerly known as "Westfalenstadion", "rewirpowerSTADION" aka "Ruhrstadion" to name just two examples), most stadiums in England still have their old name but that doesn't mean that commercialisation is more serious in Germany, because some clubs, for example Chelsea London, have become a toy for rich investors like Roman Abramowitsch.

The probably best (or worst) example for the commercialisation of football is taken from Austria. The multi-time Austrian Championship winner and well-known club Austria Salzburg founded in 1933 was bought by Red Bull in 2005. The club's name was changed to "Red Bull Salzburg", the logo of the club was replaced by a new logo including the logo of the company and even the colours of the club were changed. Austria played in eye-catching purple before being bought, then it was changed to red and white. In addition, the officials of Red Bull said that the history of Austria was not important anymore and the future history of Red Bull Salzburg would be of much bigger importance now. Famous players like Alexander Zickler, Gerhard Tremmel or Wolfgang Schober (known from German Bundesliga) and coaches like Giovanni Trappatoni or Huub Stevens came over to Salzburg. In consequence, Salzburg won the Austrian Championship in Austria and made it to the round of the last 32 in last season's Europa League. Salzburg was the first club taken over by Red Bull, since then, they also bought a club in Germany and founded RB Leipzig (playing in the fourth division in 2010/2011) and in America, the New York Metro Stars are now referred to as New York Red Bulls. But the Austria Salzburg fans were not satisfied with the new club and decided to re-found Austria Salzburg. They are making their way back to the first division but had to start in the lowest league. In 2010/2011, they will play in the third division.

After pointing out how commercialisation influenced football in different countries and defining what could be seen as the soul of football, the question to be answered is if and how the soul of football has been lost due to commercialisation. In my opinion, it depends on how big the influence really is. If a stadium is called differently in the media because the club has sold its name for some years to make some millions of Euros, the soul of football is not lost. Fans will call the stadium by the old name (I have never heard a Dortmund supporter standing on the terrace speaking about the "Signal Iduna Park", it is always "Westfalenstadion") and won't care much about it. They will stand behind their team, support it and that's it. But if an entire club is sold to a company like Red Bull, then the "soul of football" is in great danger of being lost. Coming back to my definition above, people will have problems to celebrate together since they probably cannot identify with their club any longer. The fans – who really represent the "soul of football" turn their back on the club and in this special case of Red Bull (Salzburg/Leipzig/New York), I would consider the "soul of football" to be lost.

But cases like AFC Wimbledon, FC United of Manchester or Austria Salzburg can help to regain it. Of course, it is a really hard way from the bottom back to the first division in the respective country, but the passion these fans show to save the tradition of their club is something which should be awarded. These fans show the real "soul of football", they don't care whether their team is playing a team of the third or fourth division in front of a couple of thousands visitors, they don't care if their team needs some time to finally get back to the first division, they only care about the tradition which could be saved and they love to support their team either way. Of course, these fans won't stop the process of commercialisation which in my opinion cannot be stopped at all, but they play their part in saving the "soul of football".
In conclusion, the ongoing process of commercialisation can really influence the game, but you have to differentiate between little changes of stadium names or the names of the leagues which don't have a great impact and the total selling of clubs and their history and tradition. The "soul of football" which is the unit of fans supporting the team could get lost, since it is not easy to identify with a club which has sold its identity. But several organisations of fans re-founding their club like in Manchester or Wimbledon can help to keep this soul. They will never prohibit that companies will see football as a good way to make money, but they can show that they will fight for their love of the game and make people think about that process of commercialisation. And if there are people thinking about these influences and fighting against it, the "soul of football" will never be lost at all.

If you take the derby boycot as another example of fans fighting for the soul of football, it pretty fixes to the context. Like the fans of clubs like AFC Wimbledon, FC United of Manchester or Austria Salzburg, they fight for what is worth for them, including fair prices for important matches like the derby on September 19th. Therefore, it's worth noting that the derby boycot is not the first example of boycotting and fighting for values in the world. But we Borussia fans go ahead in Germany, fighting for fair ticket prices, in a way against commercialisation and of course, fighting for the soul of football, which includes the thinking of never spending more than 20 Euro for a ticket on a standing terrace.