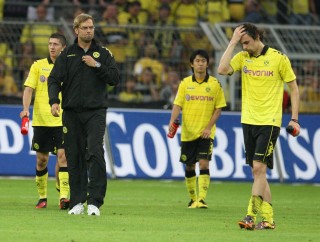 Borussia Dortmund and VfB Stuttgart somehow share the same fate. Both teams reached the Euro League group stage during the week and boths teams lost their first Bundesliga match. While Stuttgart were beaten in Mainz, Dortmund had to accept Leverkusen's supremacy in Westfalenstadion. So both sides need these three points to avoid a bad start in the league.

Supporters of Borussia have somehow mixed feeling about the first matches. While on the one hand our beloved black-yellow boys stormed Burghausen in the first round of this year's DFB Cup and mastered the Euro League qualification against Qarabag Agdam, on the other hand there was the first Bundesliga match against Leverkusen. Going into the match with high hopes and ending with a 0-2 is not that easy to handle. Nonetheless there is the chance to turn tides in Stuttgart. 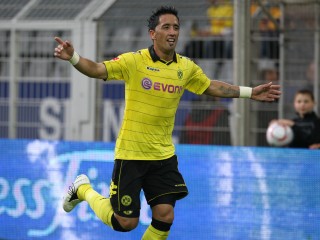 Coach Jürgen Klopp won't mix up the line up that much. The only positions that are not clear are the offensive midfield and the right wing. In the middle Kagawa will most likely start again. The agile Japanese national player had a brilliant start into the season and there are strong signs that those 350.000 Euro were well invested. On the right side Klopp could give young talent Mario Götze a chance. Another option would be Lewandowski in the middle and Kagawa on the right wing. Up front it will be Barrios all over again. The marksman from Paraguay just continued where he ended last season – scoring, scoring, scoring.

VfB Stuttgart had to cope a great change in their squad this summer. Players like Lehmann, Khedira and Hleb leaved the Swabian side. As Stuttgart had to cut their salaries due to missing Champions League qualification there wasn't much room for big new signings. So this team is not as strong as last season. But we have to keep in mind that first of all Stuttgart has a big tradition of bringing out new talents every season - remember player like Gomez, Khedira and Hleb- and adding to that they now have an excellent coach in Christian Gross. This combination could finally turn this season into a successful one. So BVB should not hope for an easy away trip. For longtime supporters of Borussia Dortmund this match will bring back some memories of the very bad season 1999/2000. During summer BVB's officials stunned the Bundesliga with a spending spree. Players like Ikpeba, Wörns and others were bought for big money. One of those players was a Stuttgart striker – Fredi Bobic, by some fans called „Friedhelm" Bobic. This Fredi Bobic is back in Stuttgart and VfB's new sporting director. While in Dortmund he had an unlucky stay, all Stuttgart supporters hope that Bobic will manage the big task to be successful with a reduced budget. 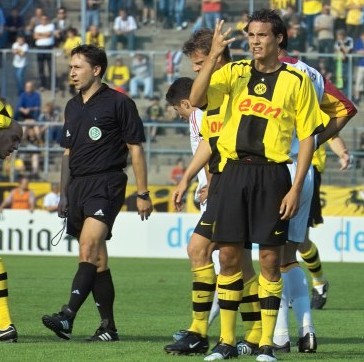 Like the black-yellows Stuttgart won't change their lineup significantly. There is a chance that German national player Tasci will return to central defence. Christian Träsch will most likey play a right full-back instead of Degen, also a former BVB player.

As a short notice we have a peek preview to the Euro league opponents. Borussia Dortmund didn't get the biggest teams but also not the easiest tasks. First of all there is FC Sevilla from Spain, surely big favourites to proceed. Then there is Paris St. Germain from France, a big name but these days not such a big team. In addition we got Karpaty Lwiw from Ukraine, a no-name but as they elminated Turkish giants Galatasary Istanbul BVB should be alerted.