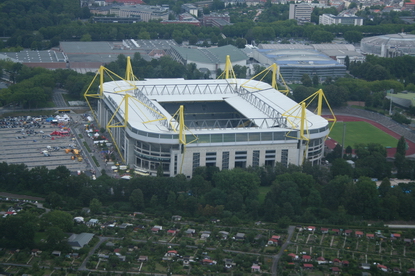 When I wanted to be a part of schwatzgelb.com back in February of this year, I wrote an article to introduce myself, in which I rewrote a passage from a famous speech of Martin Luther King. Here is what I wrote:

And yes, the 8th of May was the day Borussia could celebrate its return to Europe and today is the day of this glorious return. 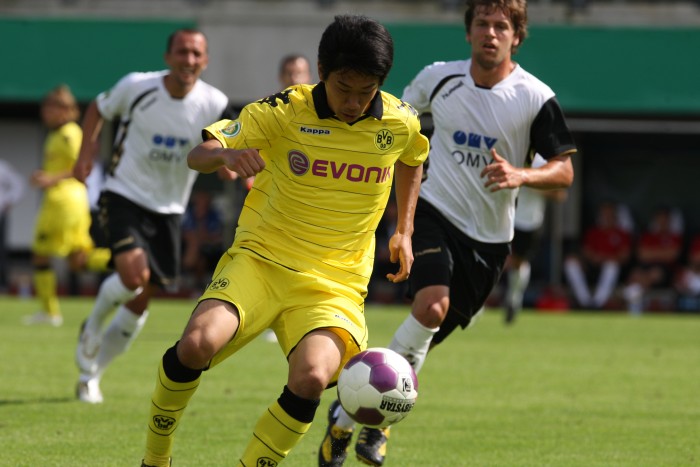 At 9.05 pm, our loved players will be on the European pitch again, after two long years without any European matches during the week. Five members of our possible starting line-up were part of the last match against Udine (Weidenfeller, Subotic, Schmelzer, Kehl, Kuba), for some young guns like Großkreutz, it will be a new and un-known experience. But even if we have the youngest squad in the whole Bundesliga, we should be hopeful to see Borussia win tonight, since we had the luck to be seeded and to avoid even the biggest names of the unseeded teams. However, we will face an opponent which is not very popular and more or less un-known, FK Agdam Qarabaq. The town itself became a ghost town since Armenian troops bordered the town back in 1993. Qarabaq moved to the capital of Azerbaidzhan, Baku. Since its founding in 1951, Qarabaq won the Championship of their country four times and were victorious in the national cup for four times. Last year, they ended up third and therefore qualified for Europa League, where they managed to beat Metalurk Skorpje (Mazedonia), Portadown FC (Northern Ireland) and even Wisla Krakau (Poland) to get to the third round where their way will hopefully find an end. By the way, today will not only be about pride and honor, but also about money, since a qualification for the group stage would mean a guaranteed income of about five million euros. 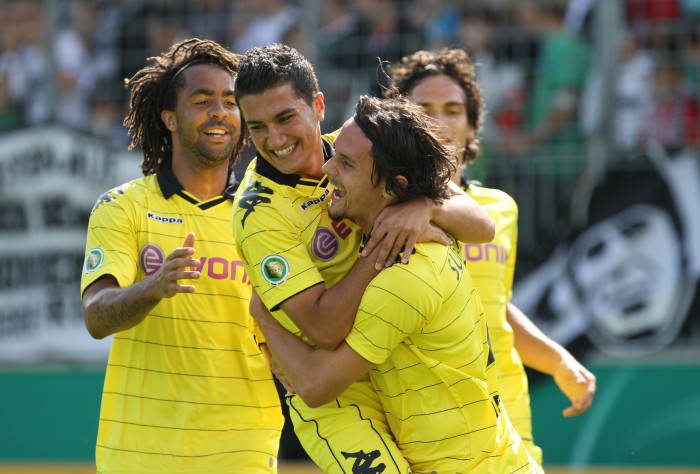 As far as our line-up goes, there won't be many surprises in comparison to the pre-season and our cup victory in Burghausen. Weidenfeller will of course try to prevent any away goals which could end up dangerously for our team and Schmelzer, Subotic, Hummels and Owomoyela will help him to do so. Sahin and Kehl will form the double-six, Japanese youngster Kagawa and Kuba will deliver balls for our sole forward Lucas Barrios. The only question mark is behind Kevin Großkreutz, who was slightly injured in Burghausen and who will decide this afternoon if he is able to play. If Kevin cannot make it, Mario Götze is likely to join the team instead. At this time, I could try to analyze the line-up of our opponent as well, but I think it is enough to say that Qarabaq's team consists of the majority of the national squad of Azerbaidzhan. So it's very important to avoid the idea of underestimating our opponent and to take him serious. Before dreaming about the group stage, we have to beat them first and get a good result today, since away matches in countries like Azerbaidzhan are no fast-selling items because of other weather conditions and a long travel distance.

Coming back to my dream, I can only say: Borussia, rise up. Live out the meaning of your creed, make us proud. And Borussia fans all over the world, please unite in black and yellow tonight at 9.05pm and celebrate not only our comeback to European grounds, but hopefully also the first step directed to the group stage of this year's Europa League. After that big step is taken, we will see where Borussia will be going... and we will see if we get the option to travel to famous European grounds. Believe in it, dream about it. Yes, we can!

Referee: Pavel Cristian Balaj (Romania)
Attendance: Westfalenstadion, which can be home for around 65.000 people during European competition), is expected to be pretty full. 50.000 to 60.000 people are said to support Borussia.