?Bürgermeister Lindemann? - a visit in a Dortmund pub

Everybody who likes Borussia and of course everybody who loves football can’t deny it! The discussions with friends and colleagues before the match, talks about chances and risks of the favoured team, assumptions about the possible line up and - very important - a lot of analysis after the match! And all this usually not in our living room at home but in a pub close to the stadium with a glass of beer in our hands! If you don’t like beer, then please don’t stop reading! It’s your own choice which drink you like but the visit in a pub before and after the match is really a must!

In the area around Westfalenstadion you will find a lot of pubs (see also our guest guide) and one example for a really good pub full of black n’ yellow atmosphere and also breathing Dortmund history is “Bürgermeister Lindemann” located at Dortmund’s Lindemannstrasse.

The name of this pub is a tribute to the first mayor of Dortmund (mayor = Bürgermeister), Ernst Lindemann, who acted in Dortmund from 1879 until 1886 and afterwards became Bürgermeister of Düsseldorf. From today’s point of view not an improvement footballwise! But Ernst Lindemann was one of the main persons, responsible for the planning of our harbour in Dortmund. Yes, we have a harbour – and now for statisticians: the stock turnover of Dortmund’s harbour is around 3 million tons/year. These days the harbour is Europe’s biggest channel harbour with 11 inner harbours and a waterside of 11 kilometers on which you will find loads of Dortmund natives sunbathing and swimming during the summer months. The waterside is also home to Germany’s Rowing Team. The harbour was opened in 1899 by Emperor Wilhelm II and some 110 years later is still worth a visit. 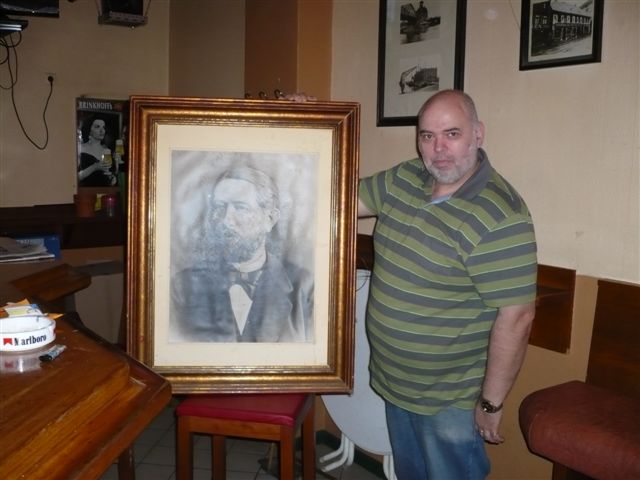 To be honest most of us didn’t know all these historic details when we hit “Bürgermeister Lindemann” for the first time all those years ago. Landlord Klaus put the facts straight when we met up with him recently. Klaus has not only been drawing beer in his pub since 22 years, he also knows a lot about Dortmund’s history and Borussia. And if you like, Klaus will show you an old framed picture of Ernst Lindemann, after whom the pub was named.

Talking with Klaus about developments in our city and of course about Borussia is always interesting. Provided that he will have time enough for discussions like that. On matchdays “Bürgermeister Lindemann” is regularly so crowded that sometimes it’s hard to find a place at the bar or an empty chair. Chances are bigger when the weather is fine! Then the little “beer garden” will be opened! But please keep in mind: Forget all you’ve heard about German beer gardens before! You will not drink your beer under the shadow of mighty trees! No! You will drink your beer, sitting on a bench at the footwalk of Lindemannstrasse! Not too romantic, eh? Yes, absolutely! But it’s a very special feeling sitting outside in front of the pub’s entrance, enjoying the atmosphere with fans coming around and cruising cars decorated with flags and scarves. Until a few years ago the tram line would pass by Lindemann heading towards the mighty Westfalenstadion. A scenery people will never forget, a memory that is still treasured. When the last tram went up Lindemannstraße in the late 90s, Klaus recorded the farewell bell, he still puts on the CD every once in a while to hold the memory high. He also has a couple of great stories on driverless trams bouncing up and down the road. Make sure you ask him.

It is absolutely no problem for a newcomer at “Bürgermeister Lindemann” to start a conversation with other fans you’ve never seen before. Of course the main topic should be Borussia - what else? But it’s absolutely clear, when you will enter one of the best pubs in the area around Westfalenstadion, then black and yellow should be your favorite colours. Worth to mention, that “Bürgermeister Lindemann” is the meeting point of several BVB fan clubs. Amongst others it hosts the Rainbow Borussen, the first Gay & Lesbian BVB Fanclub. If the weathers fine they’ll have a barbecue in the beer garden and will gladly supply you with a good German Bratwurst. And of course, if you’re a fan of another club don’t hesitate to come in! Diversity without aggression is always welcome! 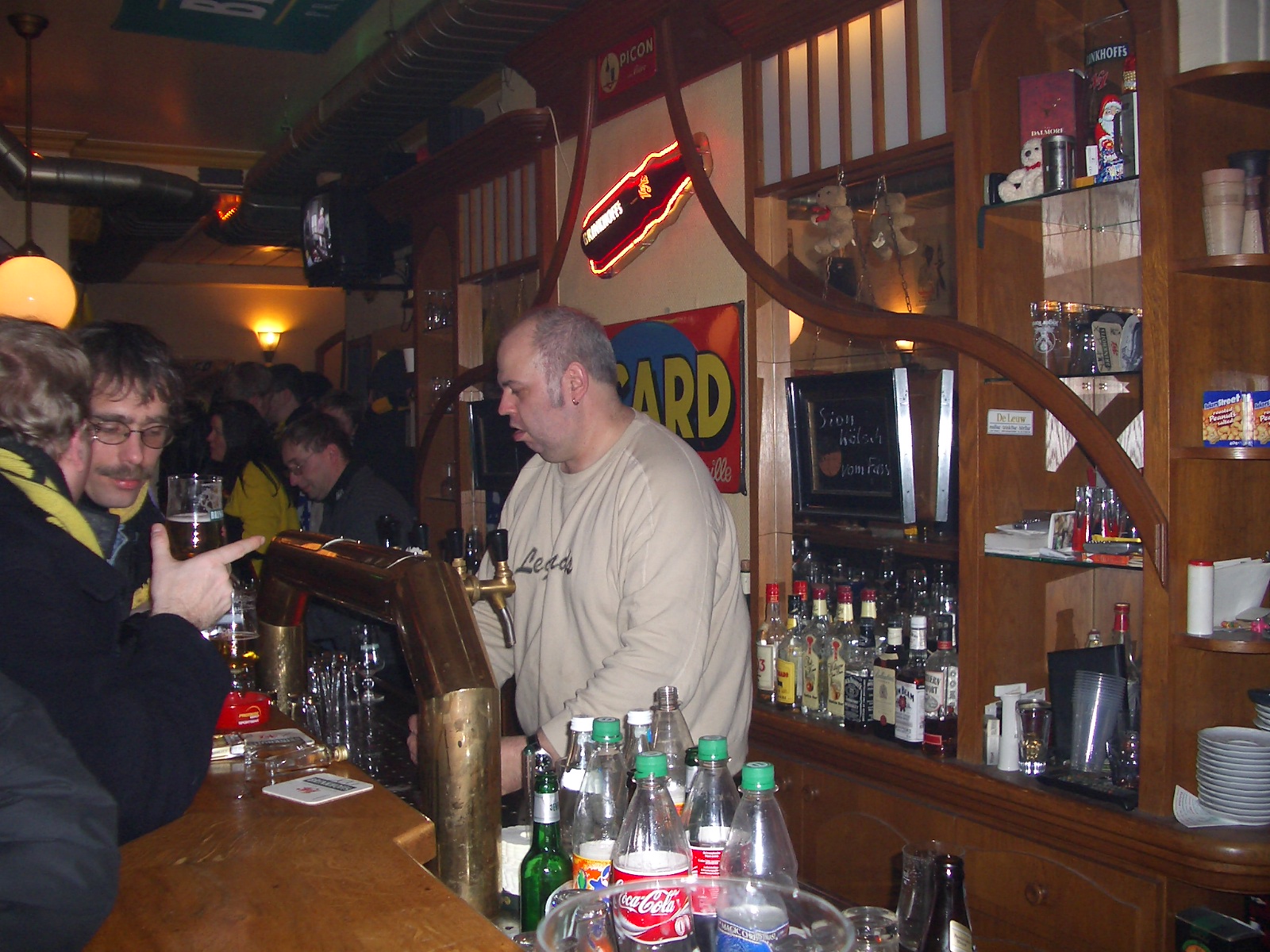 Everybody who likes the atmosphere at “Bürgermeister Lindemann” has of course very own experiences. Celebrations of wins, championships and other great moments will have a place in our minds for ever. Barman Klaus himself sometimes explains one of his funniest moments in his “Burgermeister” – career:

“It was in 1995 when Borussia won the first championship after many years without a title. During this year I drove an old van, a Ford Transit. And after hours of celebrating Borussia’s championship, I got the idea to paint a big BVB sign on my old van. So I went out with a spray and coloured my car, parked in front of the pub with a big “BVB 09”. Some passengers who didn’t know me thought about vandalism and called the police. The police came immediately when I was still busy with painting my car. It was hard work to convince the police that the old Transit was really my own car. A funny story we will for sure never forget.”

So at last we can only give you one recommendation: Visit the pubs around Lindemannstrasse before as well as after the match. And if you enter “Bürgermeister Lindemann” you can be sure it never gonna be boring for you! Have a Stösschen (0.15l of local beer, only served in Dortmund), enjoy a game of Knobeln (dices) and most of all talk football, talk Borussia and soak up the unique atmosphere.

Honour bright in black and yellow!