Let us stay on top! 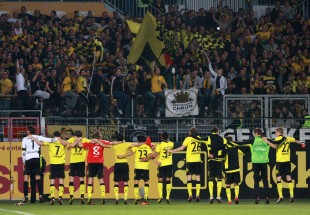 Thrilling days for Borussia fans!
Top of the table after an exciting 2:0 win against Mainz and after a 0:0 in Paris on Thursday we saw our team maybe at the end of all our European dreams! Of course, in Paris, Borussia's team didn't disappoint us, but we all must recognize that our success in the Bundesliga couldn't be transferred into the Europa league until yet. I confess it's a flowery phrase but there's no better statement at the moment. Our future in Europe depends on the results of the two remaining matches in the Europa league! It's a must for us to win both and sadly we are addicted to the help of other teams!

But let's go to more enjoyable issues, let's take a look at our next match in the Bundesliga! Season 2010/2011 is full of surprises! The almighty FC Bayern only at position 7, teams like Bremen, Wolfsburg or Stuttgart failed to live up their high expectations and a suburbian club named Sch...e is deeply involved in relegation! And on top two other surprises: Our Borussia at number 1 and Mainz only one point behind! To all the experts or so called experts: Compare the current table with all the forecasts you made at the beginning of this season. I bet most of you all forecasted the teams mentioned above at totally other positions! Right?

Of course, also Hannover 96 which will welcome our Borussia on Sunday afternoon, is such a "surprise team" For most of us a top 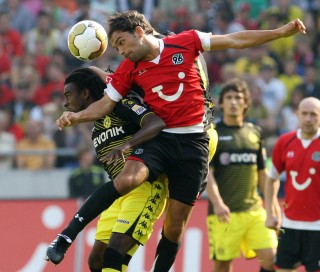 candidate for relegation, but the team is currently at position 6, one position ahead of Bayern! Thinking about Hannover during these days means thinking about the suicide of goalkeeper Robert Enke one year ago. Most people shaked their heads when Hannover's president Martin Kind mentioned in an interview last month, that Robert could have been still alive, if family and friends communicated Robert's depressions much earlier. No comment about this strange behaviour of Martin Kind, a big supporter of the so called "50 + 1 rule", to increase the influence of investors on football clubs.
But let's change to reality: Hannover's coach Mirko Slomka had a bad start into this season when the team dropped out of the cup against Elversberg from 4th division. It's no secret that the former Sch...e coach Slomka, president Martin Kind and manager Jörg Schmadtke are not the best friends. So there were a lot of rumours about Slomka's dismissal in the near future. But in the league Hannover surprised everyone with 5 wins, one draw and 4 defeats. Only one home match has been lost and Didier Ya Konan (5 goals) and Mohammed Abdellaoue (4 goals) are two of the most effective strikers in the league. Popular players also in Hannover's defensive: Cherundolo, Haggui and Swiss international Mario Eggimann. Eggimann could be an alternative for central defender Christian Schulz. The former defender of Werder Bremen is struggling with a foot injury.

In addition to our long time injured players Sebastan Kehl, Mohamed Zidan and Florian Kringe, Tamas Hajnal and Patrick Owomoyela will not join the green in Hannover. Tamas Hajnal is not totally fit and Patrick Owomoyela's injury (torn Achilles tendon) has still not been recovered. It's also possible that Jürgen Klopp has to replace defender Lukascz Pisczek, who picked up a knock as a "souvenir" from Paris. So, all in all Borussia's lineup in Hannover could be very similar to our matches in Paris and Mainz. No bad preconditions for Sunday afternoon! 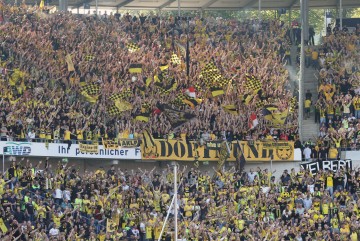 Let's close this warm up report with three sentences of Hannover's coach Mirko Slomka:
"The BVB are always set up with an attacking style. They can change the game, with or without the ball, they fight for the ball with incredible stamina and have some young and exciting prospects. ... But we will try to do everything possible to break Dortmund down!"
Mr. Slomka, the first two sentences are an excellent description of Borussia's team and team spirit! But the last sentence? Be sure we will also try to do everything possible to break Hannover down!
The league leaders are coming!