One Evening in October 2009 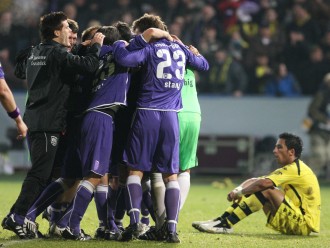 The 27th of October 2009. Does anyone of you remember this date in connection with Borussia Dortmund? Most of you probably don't. Neither am I. Me, myself and I repressed this date out of our mind successfully. But what am I talking about? This day represents one of the darkest hours of Borussia Dortmund since Jürgen Klopp accepted an office. In round one and two of the DFB-Pokal 2009/2010 Borussia eliminated SpVgg Weiden and Karlsruhe but on the evening of the 27th October they heavily stumbled. VfL Osnabrück was later on called the stumbling block. This happening deleted the hopes and wishes of Borussia's supporters for a return to the cup-final in Berlin. 3-2 for the Lower Saxonies was the result.

Our Black and Yellow's showed a horrible performance and were knocked out of the DFB-Pokal early in the round of 16. I am glad that in the meantime this match was overshadowed by the brilliant performances that our beloved team showed in the Bundesliga. Exactly 365 days after this loss, we hope for a better end and to march forward into the round of the last 16. After the last weekend and the last-minute draw against the plastic club from Hoffenheim, our self-confidence couldn't be much higher – unfortunately our squad is shaken by some injuries. 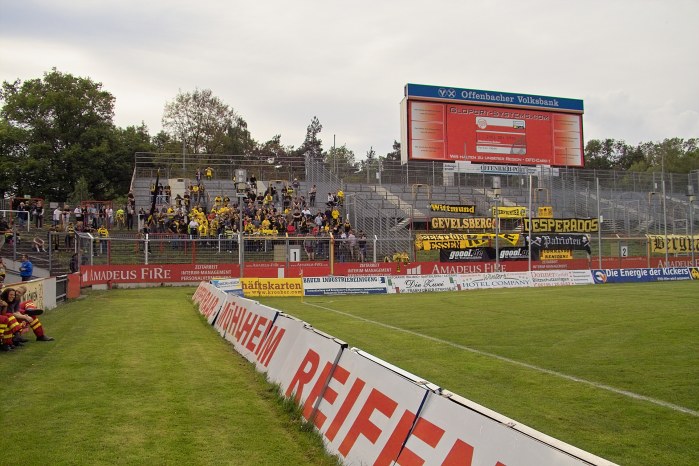 On Wednesday the mighty Borussia will travel to Offenbach to play against the 3rd league team Kickers Offenbach at the old ground on Bieberer Berg. 5,000 tickets for the cup match at 8:30 p.m. CET were sold by BVB, but there is no doubt, that many Borussia supporters bought additional tickets at OFC Kickers. So once again the Nena hit Leuchtturm (Lighthouse), sung by the BVB fans since the Derby boycott, proves to be true: "I'll never leave you alone again, I hope you realise that."

At Monday's press conference coach Jürgen Klopp presented the latest medical bulletin: "The match against Hoffenheim left some traces behind. Jakub Blaszczykowski will definitely miss Wednesday's game. Roundabout 12 seconds before his substitution was scheduled, he felt a sting in the abductors. We do not know how severe his muscle injury is, but it is certain, he can't play on Wednesday. Sven Bender's muscle injury from the Paris match has not worsened, but even though he claimed to be fit for Wednesday, we do not want to risk anything and will leave him out. Nuri Sahin and Marcel Schmelzer also have some problems and will be checked by the doc. We will see, if they can play. We will take the match serious, every player who is able to kick will be fielded. We won't change the line-up any more than we have to. We have 5 regular starters that are not fully fit today, so there is no room to give anybody a rest." 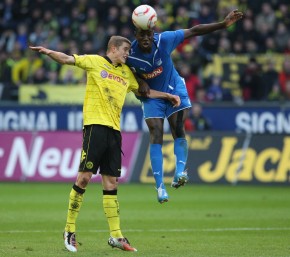 But now let us have a quick look at our next opponent. Kickers Offenbach is currently ranked on first place of the 3rd league. Last weekend they beat Babelsberg with 2-1. In the 3rd league already thirteen matchdays are finished. The „Kickers“ managed to win 10 matches, only once they left the pitch as losers. I am not overacting when I am talking about a tough task that awaits our young team. We will also meet some old friends. 1990's BVB legend Andy Möller is the current CEO of Offenbach and some of you probably know coach Wolfgang Wolf from the Bundesliga. It seems that there is a lot of quality and experience working around the Bieberer Berg.

Fortunately we can present you one important aspect, that raises hope. Kickers Offenbach didn't accomplish any successes without the help of Borussia Dortmund. In 1970 Offenbach won the DFB-Pokal, guess who managed the squad during this time? You are absolutely right: BVB legend Aki Schmidt!

Hopefully Black and Yellow will not be a good sign for Offenbachs success again. Eliminate them! We want to fill our capital with our beautiful colors in May 2011! 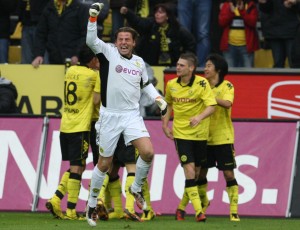