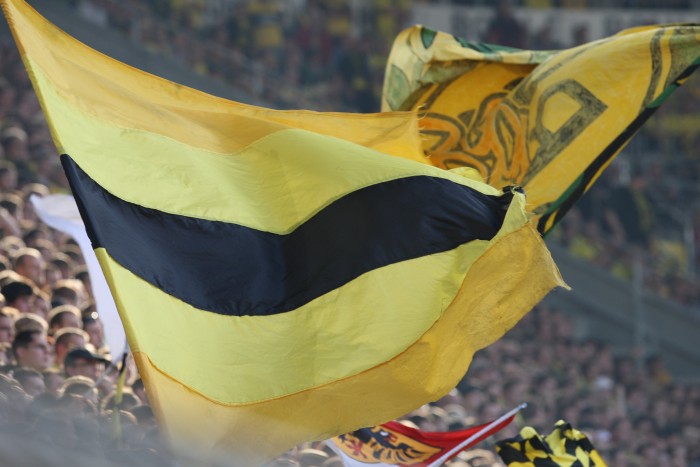 Good morning to all "Derbysieger",

After this great great great win against our hated blue neighbors on the 19th of September, there is not much time to enjoy this humiliation of the blues. The young team of Borussia has only two and a half days to recover from this intoxicating derby. The next match is almost here. In Germany, weeks which are characterized by a high number of matches and little space for recovery are so called "English Weeks". This means a lot of stress for the players.

But honestly, what could be better than watching our beloved Borussia within every three days?

Only a few days after the glorious victory against the blue and white grannies and the great week with the away win in the Ukraine, Borussia Dortmund is looking forward to the home match against the "Red Devils". Kaiserslautern, a club with a long tradition, promoted from the second division to the first division last season. The team from Rhineland-Palatinate won the German title several times, because of its uniqueness you surely have to point out the one they won in 1998. The then newly promoted Red Devils went on to win the Bundesliga title under Otto Rehhagel that year. Something that had never been achieved before and possibly will never be achieved again. Kaiserslautern is an enjoyable opponent, their Fritz-Walter-Stadium and supporters are rich in tradition. Some people even go so far as to compare the grounds from Dortmund and Kaiserslautern because of their magic.

Anyway, there will be tradition in the wind today.. 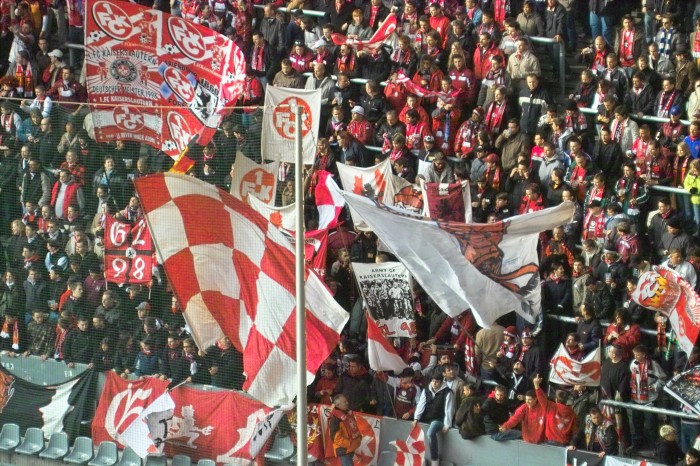 Also we will welcome former Borussia player Martin Amedick, today he returns to his old place of activity, the centre-back made it to the skipper of the "Red Devils". His team showed great performances during the first four matches. In fact they were able to defeat record champion Bayern Munich with a 2-0. It takes something to do that! In addition to that the match of Kaiserslautern against Hoffenheim ended in a 2-2 draw last week-end. Respactable perfomances for a promoted team! The defense of Borussia Dortmund has to watch out for the Croatian striker Srdjan Lakic who already scored noticable four goals in four matches. However, if our team is able to repeat its performances from the last matches, Kaiserslautern will be a solvable task.

Now let us have a look on the current happenings round about Borussia Dortmund and one last aspect from the derby. Secret skipper Nuri Sahin complained vehemently about the media and their coverage. In the last time they were often just talking about the weaknesses the opponents of Borussia showed. He wanted to make clear that they should more often have a look on how good Borussia is currently playing. 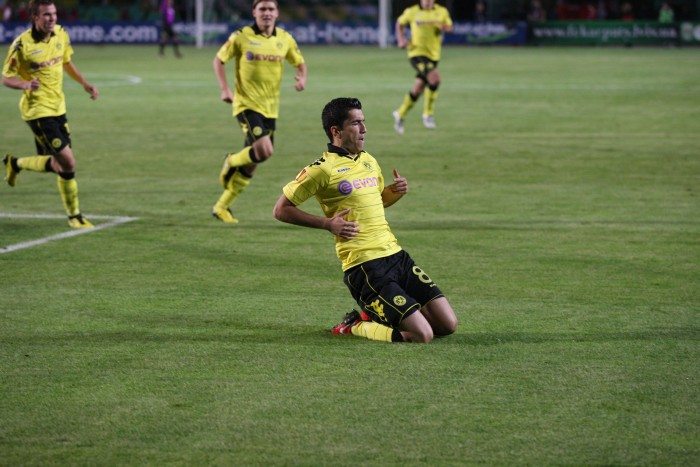 Asked about the expectations of the next match against Kaiserslautern, Coach Jürgen Klopp emphasized on Tuesdays' media conference, that the current results in the Bundesliga are a sign for its high quality. One must become clear that there are many teams with a lots of quality – you should not underestimate any opponent. And looking at yesterday's Bundesliga results Jürgen Klopp is damm right about this.