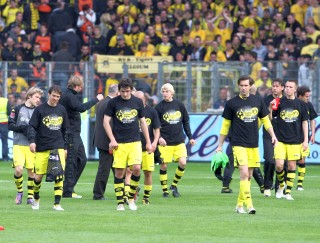 Borussia Dortmund finished a very successful season in Freiburg. Teams like Stuttgart, Hamburg or Wolfsburg are behind our team and so we reached the 5th place- international competition!
Of course the whole team made its efforts to reach this target, but some did better than others, you can see ups and downs in the team. Surprises in both directions- from nobodies to stars and vice- versa. Of course every viewer got his own impressions and even in the editorial there are differences. 3 editors per player stated their opinions.

Web: A very bad year would be too soft to describe the season from Sebastian Kehl's point of view. During the last summer break the club stated every new week that Sebastian Kehl would come back into normal team training, but his first match was on day 24, 6 matches later, his season was over again. Normally that would be enough to describe his season- but the presence he showed right after his comeback was impressing. Early in his first match you could see that he gave all he could and also in the following matches he took the lead in a way that nobody would have guessed that he missed for such a long time. This kickstart after around 10 months was really good. What a pity that there can only be one conclusion after his new injury: How important would a fit Sebastian Kehl have been for our extremely young team? We will never find out... But his fighting spirit and a very strong comeback earn him a 2. 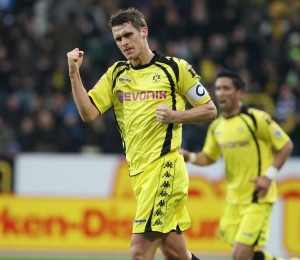 DvB: The long suffering of Sebastian Kehl. Even 2009/2010's season was not the season of our captain. Everybody knows that he is injury- prone, but – making this even worse - after „small injuries" he needs a very long time to come back. But of all things it was the away derby to be his first match this season- this stupid 2:1 defeat. Kehl played convincingly and especially his efforts should have been the reason for Borussia earning 3 points in the ugly beer crate. In the following matches he reinforced the very good impression. Too bad that after 6 matches another injury occured, especially sad if you see what's happening in the German national team at the moment. Kehl might be the first candidate who had to call the World Cup off, even if nobody officially spoke about that. It's such a pity because his achiements are at least a 2.

-mrg: Sebastian Kehl surely is the problem child of Borussia in terms of injuries. There barely is anyone who can remember a time when Sebastian Kehl could play a season for Borussia Dortmund without injuring himself. Something always happens and so you can't completely forget a statement of former Borussia trainer Jürgen Röber about Kehl and his buddy Metzelder. Nevertheless Sebastian Kehl has proven his value for the team in the matches he played. He surely is a leader and that makes him extremely important for the team which lacks of experienced players. All in all a 3.

Sascha: The feeling for the ball he has in a single toe is what others would like to have in their whole foot. This season should be his final breakthrough who found his ideal position as a creative player as one of the two central defensive midfield players. He can direct and create the game from a backdrawn position. He also grew into a leading role who directs his teammates. The 3:1 win in Wolfsburg could have been an excerpt from a schoolbook about playing this position. But he- just like the whole team- had a weaker phase in the season's end phase. A very significant reason was the fact that is was more easy to direct the game with Bender besides and Zidan in front of him than with Hajnal and Valdez. Head up, Nuri- and please forget about the penatly against Wolfsburg. Future will be yours and past season earned you a 2. 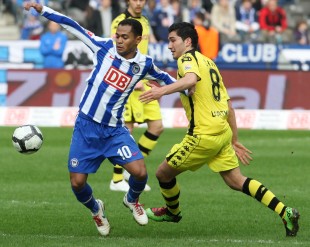 MalteS: The match against Nürnberg at the end of the season was once again a demonstration of his still not fully used potential: His fine technique, amazing passes and precise standard situations are, what Nuri is known for. When more and more players missed, Nuri was standing in the spotlight and he has shown responsibility and became the captain, resulting in the media's growing interest. The anwers were given on the pitch when a new word came to Dortmund's football world: „Anticipate"- something the just 21-year-old player was that good at. Match after match he was the motor and the driver. It was a feeling of joy and excitement to watch him playing football. He scored 3 of his 4 penalties in a cold- blooded manner (one of them in the derby) so we can excuse him his fail against VW. We can still expect a lot from this young player and should hope that the Suits won't come soon with hand barrows filled with money. This season earns him a 1,5.

Arne: In my oppinion THE player of the season. You should always be aware that Nuri is just 21 years old, but he already played more than 100 Bundesliga matches and in the past season he became a leader in the team: He is a fixed member of trainer Klopps „double-six" and the director and creator of Dortmunds play anyways. Not much have dared to think about such a development because Nuri also improved in terms of physical presence- you won't see him with low shoulders ever again and his body language on the pitch says everything. All this clearly earns him in my oppinion a 1-.

Scherben: A very diappointing finish for a really likeable player: After the 1:0 win in Mönchengladbach which was the real start of the season the season ended for the Brasilian fighter. Such a pity it wasn't up to him to play an important role in Borussias return to international competition, but even without his injury I'm sure this would have been his last season for Tinga here in Dortmund. The differences between his undoubted qualities and the profile Jürgen Klopp expects from a modern midfield player. What remains are the memories of a very untypical Brasilian who will always bring a smile to our faces when we remember the way he regularly annoyed his countryman Diego. Grade 4. 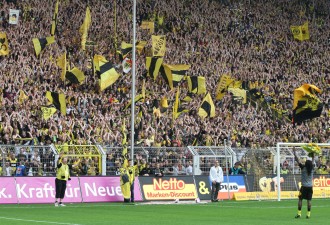 -mrg: Paulo César Fonseca do Nascimento or just Tinga definitely was Borussia Dortmunds worker in the past years. All the time he has been a reliable player- never extremely good but never a catastrophy. He was the embodiment of reliability, but his positional play also was reliable so that you always found Tinga close to the ball. In a very strong midfield he got forced to pause due to an injury and afterwards he couldn't break the phalanx consisting of Kehl, Sahin and Bender. It's a shame to neglect a fighter like him, but turning the situation round it shows the luxury situation of Borussia Dortmund. The six matches he played were as fine as expected and so he earns a salami, the grade 3 and best wishes for his farewell.

kha: The last year wasn't under a good star. During the last summer break he had some trouble with the trainer who didn't really like Tingas idea of showing less effort during the weekly training but showing all he could at the weekend. In addition he injured himself hard on the 7th matchday causing him to lose his regular place which he also lost according to the formation change from 4-4-2 to 4-2-3-1 to Bender/Kehl and Sahin. Grade 3.

Sascha: The play on words about the Kuba- crisis is obvious as well as old. But somehow striking. Surely he caused some sleepless nights of Trainer Klopp. He's fast and has a good technique. However even Bundesliga defenders on average seem to be insurmountable problems to him. He tries and tries and tries it again, but he regularly fails. You often get the impression that his endurance is not on the level he needs to successfully play his match over 90 minutes. A very good early game is mostly followed by a very bad phase where even Mario Basler looks like an endurance monster. From time to time you can shortly see his skill and you can guess that he might be a very effective weapon on the right side. But this is surely not enough. Next season will decide about his future. But the perspective is no longer to see Dortmund as a first step to go on to a huge Spanish club but to see whether he can enforce his position as a stable Bundesliga player. If he manages the situation he can be a genial element in our team. But another season like the past might be his last in Dortmund. Possible new clubs surely won't be Madrid or Barcelona, although Liverpool always seems to be an option. With much benevolence and the Europe- bonus he earns a 4. 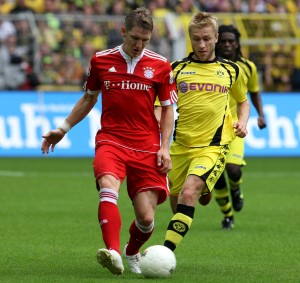 MalteS: Just the fast and technically good Kuba caused a lot worry lines this season. He gow way more potential compared to what he mostly shows on the right side. Wolfsburg and Hoppenheim were rare occasions were he showed his potential. We can only hope that in 2010/2011 he can come back to his old form with his countryman Robert Lewandowski. He surely got the necessary potential. This season only was a 4,5.

Arne: I've rarely seen a player who played this constantly below his possibilities. What happened to the old Kuba, where is he? Fast flanking runs were rare, the typical move towards the goal, too. Such a pity if you remember that a year's time ago attacks from the right side were a good weapon of Dortmund which brought desparation and the danger of being kicked from the field to the enemies outer defenders. But instead of using his own qualities Kuba went to the middle way too early or flanked the ball in from bad positions. This effort can't satisfy his own desires and also not the trainers'. Kuba will have two countrymen in the next season, maybe this gives new power to his play. The bad resume of his past season is just a 5.