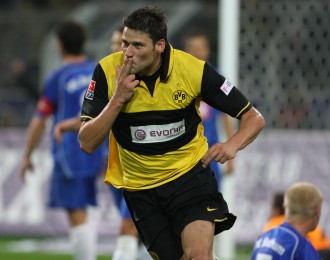 Most of the Bundesliga teams have just started their winter preparation programmes and just in time Borussia Dortmund has finished an astonishing number of 4 transfers. While Kruska, Federico and Klimowicz left the club, today Kevin-Prince Boateng was signed on a loan deal from Tottenham Hotspurs.

Giovanni Federico
The elegant but sometimes drowsy looking attacking midfielder came on a Bosman transfer in 2007 from Karlsruher SC. There he rocked 2. Bundesliga and became top scorer easily. Unfortunately his stint with Borussia was not that successful. Though he scored 4 times and gave 8 assists last season, he didn't fit into the team properly. Some nice performances were outmatched by so many really disastrous appearances. Some fans had still some hope that he would better fit to Jürgen Klopp's style play. But in fact our new coach had other plans and gave him just 50 minutes during the first leg of this season. Giovanni Federico got the message and he and his adviser looked out for alternatives already. Ironically Karlsruher SC is struggling and deep into relegation battle. As their biggest problem is the offence and as Federico is used to the club, it was the perfect deal. For a loan deal worth 150.000 Euro the tall Italo-German joins Karlsruhe until June 2009. 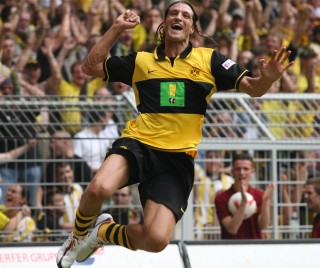 Diego Klimowicz
The Argentinean striker with Polish roots was a longtime target of Michael Zorc, but it took until summer 2007 that he was signed from Wolfsburg, where he had several good seasons. Though was not in the prime of his career when he joined us he was still a valuable addition to our squad. Last season he scored 6 goals in Bundesliga and, maybe even more important, 4 goals in our German cup run that finally took us to the final in Berlin. Nonetheless during the last months he was only striker number 4 behind Frei, Zidan and Valdez. As Klimowicz didn't want to move to a new city, he agreed a deal with VfL Bochum, just 20 kilometres away from his home. There he signed a contract till summer 2010. Bochum agreed to pay about 350.000 Euros to Borussia Dortmund.

Marc-Andre Kruska
One of our youth teams. Born near Dortmund, himself a longtims supporters of BVB and worked his way through all youth teams. This could have been the start to a dream career. And it really seemed like he could make it. Being 21 years old he has already 80 Bundesliga caps, while most of the time not being a regular starter. But he was something like the twelfth man, who made most of the matches nonetheless. But under our new coach Jürgen Klopp it didn't work out anymore as Klopp preferred other players. As Kruska is eager to get as many matches as possible he didn't see a chance to stay with Borussia - his longtime love. It sounds cruel but Kruska had to move on to make his way. The offer from Brugge was so a big chance for him. FC Brugge pays an astonishing 750.000 Euros and gives him a 2 ½ contract. We wish him all the best in Belgium and maybe there is a chance that we will see him back in black-yellow sometime. 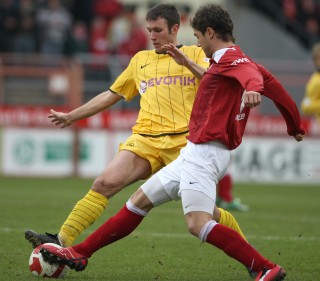 Kevin-Prince Boateng
That was really a late shock transfer. The newswire brought the news around noon and really no one had any clue that Michael Zorc was working on this deal. The hyper-talented versatile midfielder joins us until June 2009. We then have a buy-out option with an undisclosed transfer fee. At all this move makes sense. We lost Kruska and Federico in midfield and we still don't know how long Kehl's injury will take. Kevin Boateng may be the man to fill this gap. The ultra-talented midfielder grew up in Berlin in rough surroundings but made his way through Hertha BSC's youth team. He played early in German national youth teams and was a regular starter in the U-21 team. He debuted with 18 in Bundesliga and had already more than 40 appearances when he and his adviser became to greedy. While talking about a new deal with Hertha Boateng's side demanded serious money, that Berlin wasn't willing or able to pay. Boateng's adviser draw his joker and lined up a offer by Premiere League club Tottenham Hotspurs. The English team finally signed Boateng. The only weak point of Kevin's plan was that in London he was just a number, just one of many talents. In consequence he hadn't many matches in Premiere League and in the end even played for the Reserve team. Of course he wasn't happy with that situation and was asking for a transfer this winter. Borussia Dortmund and Jürgen Klopp will be his chance to repair his reputation.