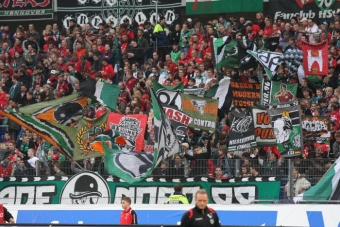 Not a very interesting headline but before matchday 24 nothing but the truth! Mentioning Hannover it would be more exciting to write a report about last week's international computer trade fair CeBIT than the BVB match on upcoming Saturday. Why ? The answer is that news of the CeBIT are more interesting than news about Borussia: At the CeBIT, there was a lot of progress to be seen but regarding Borussia, we have seen no progress since the beginning of the second leg. Regress or stagnation are the best terms to describe Borussia's development during the last weeks.

After Borussia's defeat in Stuttgart, BVB is still on position 9 but in the current season this means "no man's land" in the league. The desistance from the UEFA cup positions is currently nine points, from the relegation zone luckily thirteen points. For Hannover, the desistance from the lower positions in the league is not so comfortable: only 4 points in front of Energie Cottbus which is in position 16 and a negative goal difference of 17. Thus, Hannover's players are under considerable strain.

Sad fact is that Borussia and their supporters are still waiting for the first win in 2009 and in our 100th anniversary. What are the odds that this overdue first win will happen in Hannover? Regarding the statistics, Dortmund has achieved good results against Hannover or Hannoi like their supporters call their city. It is the 36th match between Hannover and Dortmund in the first league. Dortmund won 15 times and 11 times Hannover was the winner. But in the last years the BVB was very unsuccessful against Hannover. The last victory of Dortmund was on the 2nd May 2006. Additionally, Hannover lost only one match on its home ground this season. Thus, the signs do not look very hopeful for Dortmund.
During the match in Stuttgart, Boateng was hurt and will not be available for the next four to six weeks. Still injured are Hummels and Marcel Hoettecke, the third keeper. On the other side, Hannover is nearly complete. Only Mikael Forssell and Jan Schlaudraff are points to concern for Hecking. Forssell will not be match ready for Saturday. Jan Schlaudraff progresses very well so it seems he will be available. Otherwise Mike Hanke is prepared to replace Schlaudraff. 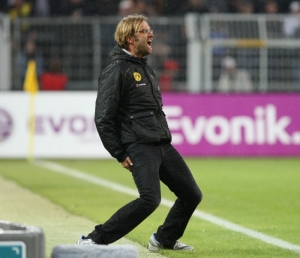 Weidenfeller as regular goalie is not discussed anymore. Especially since Marc Ziegler is under the weather. In the defending center Subotic and Santana will play. The sides will be assigned by Lee and maybe Dede (otherwise Schmelzer or Owomoyela). In the midfield, Klopp plays with Diamond. In the back, Kehl will be back after his ban. Tinga and Sahin have the best chances to play on the wings. In the front, Hajnal is responsible for the creative moments. The attackers are the Dortmund's main problem. Zidan and mainly Valdez investing much energy in the matches but they are not very efficient. Otherwise Alexander Frei's performance is disappointing in this season. He fights more with himself and his position in the System-Klopp than for the goal. Valdez and Zidan will probably get their next chance. Another option might be Kuba Blaszczykowsik - the young Polish attacker is back in training and can bring new live into Dortmund's offense game.

Hecking is spoilt for choice. Enke is the indisputable goalie. In front of him, Fahrenhorst and Schulz care about Valdez and Zidan. Cherundolo defends on the right side and on the left side Tarnat. Bruggink plays in the center. He will be assured by Balitsch and Andreasen. In the attacking center, Hecking relies on Schlaudraff. If Schlaudraff is still injured Mike will be the backup attacker; Stajner and Kryznowek attacking from the wings.

The pitch is nearly sold out. Not more than 2000 seats are still available. Up to 10000 BVB supporters are expected to colour the stadium black and yellow.