Pre-Season war is over (if you want it) 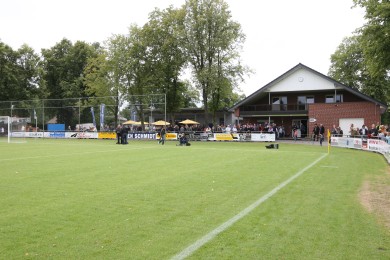 This time of the year is surely one of the most exciting for all football fans, the start of the season with the joy of the next nine months ahead, optimism that your side will have the kind of season you have dreamed about since the end of the last one! The phoney war of the pre-season fixtures is now over, good for the fitness (not if your Kehl or Dede though) but the matches mean very little as all you want them to do is take to the field in a competitive match and start with the three points and momentum that can build and build.

I think every football fan is an optimist at this time of the year and following the mighty BVB, I have no reason not to think the enigmatic Jurgen Klopp can further ingrain himself into the Yellow Wall as an absolute football god. Though my recent views on the internet of his MC skills from the 100 year anniversary party are not on a par with his tactical ability, it showed how important the man is to the hopes of dreams of the club as he was cheered on by the fans with the definite thought that this man will continue what he started last season when he superbly brought BVB back again. The extra 20% he can bring to each member of the squad, witness the re-emergence of Nuri Sahin in the second half of the championship - a key player for me in the season ahead - and the development of Felipe Santana proves his Midas touch and if he can further add that belief and strength to our new number 18 I am sure we will soon forget about the man in Basel.

So Lucas Barrios, what a signing he could be, his record in Chile is exceptional and I am sure along with the majority of the BVB fans who have witnessed the You Tube clips of his goals feel that this could be start of something wonderful - No pressure then Lucas!!! The immediate banter I had with Justin, Neil and Rob as the news broke is that he can finish with ease with either foot and is a force in the air, he can be the man who sets the Bundesliga a light with his goals. 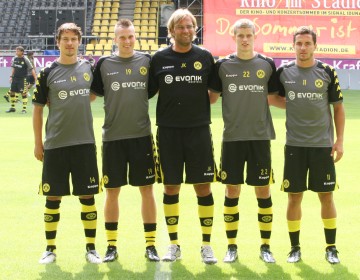 Though one man does make a team as we have all seen with Klopp's mantra of "all for one and one for all" we will need the likes of Sahin and Kuba - who is surely due an injury free season - to help him unlock defences with their own pieces of magic while Valdez (I realise he is not everyone's favourite player, but is vital to the system) will also be important as his work rate sums up what Kloppo wants from his players and that extra space may give Barrios and others the chance to shine.

The other signings I am sure will also make an impact, from my friends in Dortmund I am hearing great things of Kevin Großkreutz who seems to be full of confidence as he looks to start the season with "Full force" plus his less than pleasant views about S04 makes him a man you want to hear more of ! Lets us hope that the local boy can make an impact, along with the likes of Feulner and Sven Bender who is highly rated and has had press in the UK too as being a star in the making. I will follow their progress with interest.

Of course other sides have brought well and looking from afar Hamburg seemed to have strengthened well particularly in attack, while of course Munich under the notoriously prickly Louis Van Gaal have a great deal to prove from last season. But as mentioned in a previous article the unpredictability of the Bundesliga compared to the Premier League makes it fascinating, though I can boldly predict here and now that BVB will be a force once again this season as the momentum of last year will carry us through plus if injuries or suspensions can work in our favour we can be the one of the main contenders with a European spot looming in the horizon.

For me optimism is gone, confidence has taken over and I feel that 2009-2010 will prove to be another year in the rebirth of the Schwatz-Gelb back as a footballing force.

Neil, Justin and Rob will be there at the Koln game, I know they would be delighted if you saw them and said hello, myself the recent the birth of my first child (I am already teaching her Anti-Scheisse songs) means that I cannot make the trip but do not worry I will be following them from afar kicking every ball and singing every song.

Keep the faith, we are in for an exciting times over the next nine months.

Your friend in England,