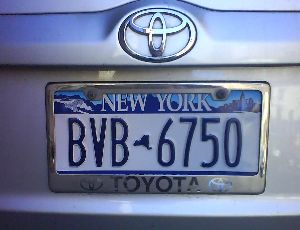 Ten days as a tourist in New York - that means ten days in one of the world's most exciting cities with spectacular views, broadway shows, skyscrapers, nice pubs and interesting people from all parts over the world! But let me be honest, a BVB supporter in New York (You remember Sting's "An Englishman in New York?") will miss one of the most important things in his life! What? No question it's the BVB and everything related to it!

Of course there's so much to see or to marvel at the city that never sleeps but New York and - let me use the American name - "soccer" is a combination which does not really exist!

Entering a sportsbar in New York means watching TV broadcasts of Basketball, Baseball, American Football or ice hockey together with a lot of clamorous New Yorkers. But "soccer" on TV is sadly limited on short summary reports of the English premium league or some clips of Italian or Spanish matches.

Due to this fact I was waiting for every SMS with the scorings of the current matchday. And yes, I was a little bit sad that I received only messages on my mobile phone with the 0:0 - results against Wolfsburg and Bielefeld, but the scorings of the suburban club near Herne (I'm not able to write the full name) made the loss of BVB goals pretty much easier!

So spending some days in New York meant definitely missing BVB. Okay the yellow cabs remind me of our Borussia shirts, but a little bit like Nick Hornby I was always looking for some hidden signs, symbols or even oracles which bear relations to BVB. And look what I've found - BVB is everywhere! And if there is nothing to find - I think a self made photo composition of the Empire State Building must be allowed: 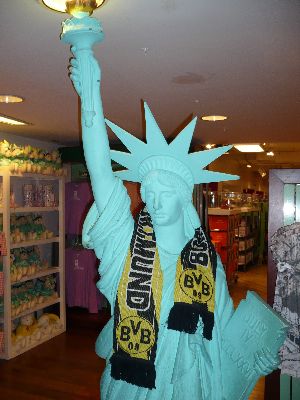 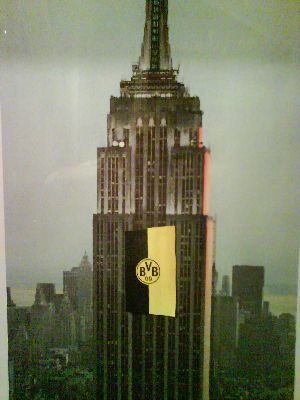